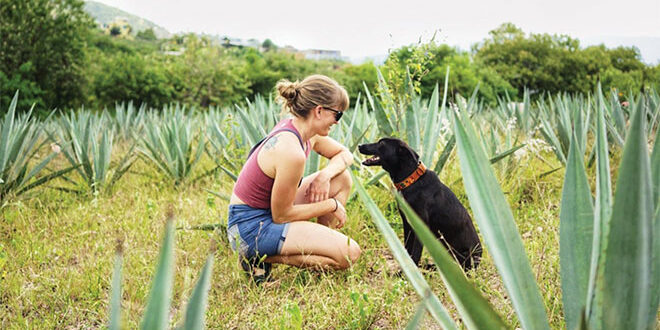 Mateo the Mexican perro comes home to the high country

There are situational times when one’s gut feelings scream way louder than the logic that insists you’re absolutely insane if you carry through with what your intuition is dictating. Such was the case with Gunnisonite Libby Marsden who went with her feelings instead of her mind’s argument that rescuing a stray dog in Mexico while on an arduous mountain biking trek was not a logical thing to even think about. But the unusual connection was undeniable between Libby and the dog she named Mateo and sometimes, when you heed your heart, things just fall into place to make it happen.

Libby and her friends were biking through San Mateo, Oaxaca on a 240-mile journey when they acquired a shadow, the adorable-faced, spunky black pup who took a shine to the transiting group. “We expected him to stop after a short while, but he kept going, and going and going,” Libby retells. They even tried to shoo him away but to no avail and 10 miles later, that dog was still keeping up with them, dodging other menacing strays who were protecting their territory from the perceived encroacher.

“He was happy as a clam, trotting along beside us,” Libby says. By the time they hit mile 15 with the pooch, the group decided they needed to carry Mateo so he wouldn’t suffer from exhaustion. Libby recalls that they somehow scored a potato sack from a local farmer in a tiny mountain town at about 9,000 feet. “We were so deep into the Mexican mountains that the prominent language was not Spanish, it was Zapoteca,” an indigenous language there. MacGyvering the potato sack with a little duct tape and Titan Straps, they fashioned a doggie backpack and flung it onto Libby’s back with the pooch comfortably happy inside. The group was planning on a 40-mile trek that day. “We could only have him in the sack for the downhills but luckily there was a 10-mile downhill coming up.” Libby recalls the extra 25 pounds of dog on her back made it difficult to navigate the narrow dirt road, and her lower back started to give out, but she was determined.

The group only managed 32 miles that day of steep climbing and set up camp for the night. Mateo had matched their 20 miles of steep climb and Libby says, “He didn’t complain. He didn’t lollygag. He didn’t seem to be completely depleted of energy. Just a brave, determined soul who had chosen us as his family and that was that in his simple dog mind. He camped with us that night, somewhere around 9,000 feet in the height of the San Jose del Pacífico mountains. The next day I woke up and unzipped the fly of my tent and was immediately greeted by a wiggly butt and wet black nose.”

Mateo was ready to go the distance with them but as Libby tells, they were about to embark on the desert section of their biking trip and it would be too hot for Mateo, or for Libby to carry him. “We finally decided to ask the very kind woman who served us breakfast if they wanted a dog. They laughed at us and told us to just shoo him away. At the end of breakfast they said they’d hang on to him while we left but they couldn’t guarantee he’d be fed and he may die. So that was a no from me and into the potato sack he went for another long descent,” passing confused locals who had most likely never seen a dog in a potato sack on a biker’s back before.

At the bottom of their run, they met a rancher saddling up his horse and Mateo bolted for some shade there. Wanting the best for Mateo, they somewhat jokingly asked the rancher if he wanted a dog, who immediately smiled and said yes. “He said he would take good care of him and he would be fed and live a good life.” It was just what they needed at that time as they couldn’t have their new buddy continue through hot pavement, scarce water and steep climbs. “It would be cruel. We still had 130 miles to go,” she says. So Mateo was left with his new caretaker. “My eyes swelled with big fat tears as I rode away. I couldn’t look back. I swear I heard him bark after us, calling to us to wait up. We couldn’t keep him and were leaving him with a stranger. I thought about this throughout that day, and the next day, and the next.” And that’s when Libby began imagining what life could be like for a Mexican dog in the mountains of the Gunnison Valley, but Mateo was now already far away, back down that dirt road with the rancher they left him with.

Three days later, at the end of their journey, while sipping a Corona by the pool of their hard-earned hotel, and still lamenting the dog they left behind, Libby had that illogical, questioning moment of, what if I went back for him? Oscillating between the reality of the cascading difficulties of getting Mateo back to Gunnison and her gut feeling of love for the pup, she finally gave in to the illogical conclusion that she wanted to go for it. Her friend Ellen jumped on the idea with her and committed to going back with her to find Mateo.

In two hours’ time, they had a taxi driver willing to schlep them the three hours back over rough roads and steep climbs. They didn’t even know if they’d be able to find Mateo again. “This 25-pound dog in the middle of corn fields, agave rows and rock slides. I didn’t want to get too excited because it was a long shot that he was still there. He was a rancher in the middle of nowhere. We didn’t know if the guy even lived there, we only knew where we dropped him off.” They accepted their insanity and left on their quest to find Mateo at 5 a.m.

Some three hours later, they were standing in front of the deserted shack where they gave Mateo to the rancher. “The silence was screaming in my ears. It wasn’t going to work. We had lost him forever. It wasn’t meant to be.” They decided to head into the small town and ask around for the rancher but on the way there, they waved down a car coming up the road. With the taxi driver as their interpreter, and after being shown a phone photo of the rancher, the passengers miraculously knew who he was and where he was. Once in the town, they asked a woman in the street if she knew the rancher. Serendipitously, the woman happened to be the rancher’s daughter. As they drove slowly up the street to his house, they saw Mateo, happily rolling in the dry dirt of that small Mexican town, and Libby called out his name. “His ears perked up, his head jolted. I was out the door before I knew it. He excitedly started running toward us, all wiggles and making all sorts of noises. He recognized us. He knew who we were. He knew we were family, his family. I was crying.”

The rancher understood their love for Mateo and with his blessing, Libby, Ellen and Mateo loaded up into the taxi and headed back to the hotel to begin the process of getting Mateo ready for his trip to his new home in the Gunnison Valley.

It would not be cheap. They started a GoFundMe page and within days were $99 short of their goal of $3,000, with any leftover funds donated to the animal rescue shelter that had helped them. “All extra proceeds will be heading to Friends of Megan Rescue in Oaxaca City. Without them, I truly would not have been able to pull this off. They take such great care of their rescues and work so hard to make a difference to animals and humans alike who are in need of help.”

Mateo needed documentation, vaccinations and Libby had to purchase a new plane ticket with a Mexican airline since United Airlines no longer allows pets in the cargo hold. Despite these obstacles, and their taxi getting T-boned by a drunk driver at 4 a.m. on the way to the airport (everyone was ok), Libby and Mateo landed in Denver last Saturday amidst the backdrop of the mountains that Mateo will now know as home. The two adventurers are back in Gunnison after the long but rewarding journey. Libby says she can’t wait for Mateo to experience his first snow. Welcome to the best place in the world for a dog, Mateo. 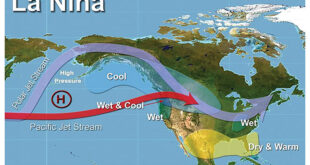 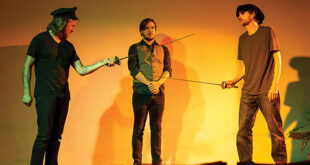 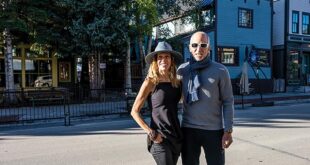