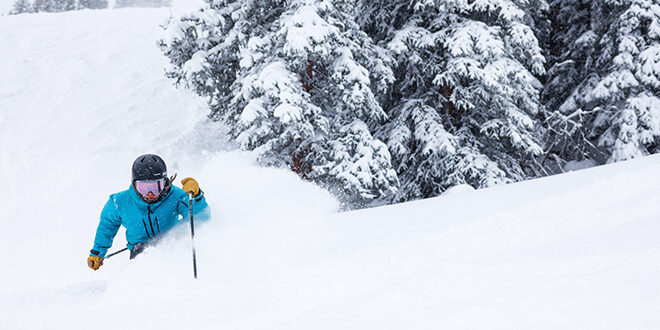 With Tuesday’s storm bringing more than a foot of fresh snow to the mountain, and coming off a successful opening weekend, Crested Butte Mountain Resort is in full winter swing and opened up additional terrain this week with more to come.

Specifically, terrain accessed by the Paradise lift is looking promising. “Our teams are working hard to get more lifts and terrain open for our guests,” said CBMR communications manager Julie Block. On Tuesday, “we were able to open up four more trails throughout the day, bringing us to 111 acres of open terrain, “ said Block. “Trails in the Paradise zone are in good shape thanks to our snowmaking and grooming teams, as well as some help from Mother Nature this week. We are working to open it as soon as we can, and we will announce that date in the next couple days.”

This winter, CBMR has added a new avalauncher for the Phoenix and Spellbound areas off the North Face zone. An avalauncher is a pneumatic (compressed gas) cannon used in avalanche control work. It launches avalanche explosives uphill, allowing patrol teams to access terrain earlier in the day. “It’s great to have one more tool in our toolbag as our teams work through their avalanche mitigation process after a storm,” said Block.

Looking to the holiday season, CBMR plans to host several events later this month. On December 23, Santa and his “sleigh” snowcat will be visiting the base area at 4:30 p.m. for hot cocoa and photos. Then on December 24, skiers and riders are invited to Holiday Costume Day for a holiday-themed costume parade down to the base area at noon, followed by a costume contest. CBMR will also ring in the new year with the annual New Year’s Eve Torchlight Parade and Fireworks show on New Year’s Eve, December 31 at 5:30 p.m.

As a reminder, Epic Passes go off sale on December 4, and lift tickets will be limited every day of the season.