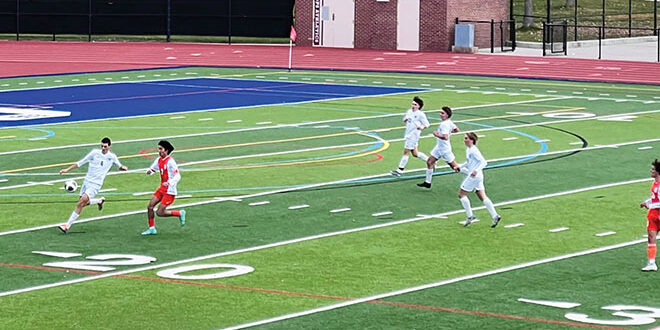 “It was something special that we had, but all good things come to an end”

The Crested Butte Titans boys’ soccer season came to an end on Saturday, November 5 when they lost to Vail Mountain 5-3 in the 2A state tournament semifinals.

The Titans fell to Vail Mountain earlier in the season and looked to learn off that initial loss as they prepared for their rematch in the semifinals.

“I thought it was a good prep time,” says coach Bob Piccaro. “We got to get on a big turf field a couple of times and watched some film and had some enjoyment as well to lighten and relax the team with wiffle ball.”

Nerves ran rampant through both sides in the opening minute of the game and the Titans managed to seize on the initial chaos as Jamis Matlock fought through two Vail Mountain defenders to push the ball past their oncoming goalkeeper for a 1-0 lead one minute into the game.

“Coach Than says that he doesn’t like early goals, I loved it,” says Piccaro. “A goal is a goal, and as long as it is for us, great.”

“That was insane, crazy,” says Matlock.

But as time wore on, Vail Mountain established their game leaving the Titans pinned in their own half holding off the attack. While the one-on-one defensive work of Crested Butte’s back three was solid, the push opened up shots from distance from Vail Mountain and they soon tied the game 1-1.

The slick turf surface led to a Vail Mountain miscue as the ball trickled past their keeper for a second Titans goal, but Vail Mountain was unfettered being down 2-1 and continued to push using their speed advantage in all aspects to connect for a second goal leaving the teams tied 2-2 at halftime.

“We were fortunate to come out at half tied at two,” says Piccaro. “Vail was playing better soccer and were more on their game. We were not playing nearly as well as we could have.”

“Obviously that goal in the first minute helped us,” says Matlock. “Our defense was good about picking up their players and not letting them do too much, but we never settled into our game in the first half.”

Crested Butte shook off their tentative first half of play to come out in the second half getting back to what they do best. Quick passing and moving the point of attack started to open the field up for the Titans and their work paid off three minutes into the second half when Brendan Hartigan slipped a pass down the middle to Jacob Bernholtz and Bernholtz punched it into the back of the net for a 3-2 Titans lead.

“The team listened at half and responded very well with a well set up goal,” says Piccaro. “They started to look like the team we knew they could be, and it showed with a great first quick goal.”

“The start of the first half was great,” adds Matlock. “We were moving the ball quicker and finding more space in the midfield.”

Not long after, continued pressure from Crested Butte then led to a penalty kick opportunity and a chance to add to their advantage. While the kick was true and to the low corner, Vail Mountain’s keeper made a great save to stop the shot and a quick punt up-field caught the Titans off guard as Vail Mountain scored to tie the game 3-3.

“It was damaging not to score that PK shot attempt and Vail immediately tipped the see-saw of momentum by taking the energy off the PK save and using it to surge and come down and score,” says Piccaro.

“I feel like it just shocked the team,” says Matlock.

“We did not have our best game and it is needed to win a semifinal state game, and Vail did play well,” says Piccaro. “You can’t win them all, especially if everything isn’t clicking.”

“We got beat by a really good team, can’t take anything away from Vail,” says Matlock.

The Titans finished the year with a record of 14-4 and winning their league title.

“I thought this team handled the pressure of having a target on their back each and every day very well, and really bonded as a family,” says Piccaro. “They were able to make it to the semis of state, which is impressive. We got used to expecting to be in the state final but only four teams make it to the semis and we were one of them, which speaks volumes.”

Matlock believes that, despite missing out on a third trip to the finals, it was still a season to remember.

“I thought it was a great season,” says Matlock. “We started off on a really bad note and turned it around and definitely dialed it in by the end of the season. Still, it’s tough to go out like that.”

It also brings an end to a great high school career for Matlock as well as his 13 senior classmates, most of whom have been playing together since they were kids.

“It was something special that we had, but all good things come to an end,” says Matlock. “I couldn’t have asked for a better high school experience. The way we all played together, especially in this final year, was really rewarding.” 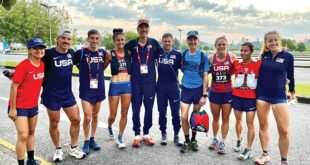