Bacchanale defeats Talk of the Town

I swear town league hockey is getting better every year. Thanks to the efforts of the Crested Butte Parks and Recreation staff and a handful of local hockey players, this year’s eight teams have new rosters and appear more evenly matched than ever before.

Case in point: the opening game of the 2007-2008 town league hockey season between the Bacchanale and the Talk of the Town on Tuesday, December 18.
Last year, the Bacchanale dominated the league, riding on the skates of Mike Eaton and Mike Sabin.
The Talk of the Town, on the other hand—well, there was no Talk of the Town team last year. But this year, perhaps in celebration of their 25th year open for business, the Talk of the Town stepped up to sponsor a team.
Both teams played solid hockey for their first time skating together and were notched in a scoreless tie for almost the entire first period, thanks to the work of Talk goalie Mike Potts and Bacchanale net-minder Chase Gardaphe.
Both Potts and Gardaphe came up with brilliant saves throughout the first period as their respective teams tried to figure out the concept of team defense on the fly.
The season’s first goal came with three seconds left in the first period when Tom Collins scored to give the Bacchanale a 1-0 lead.
The Talk tied the game in the opening minute of the second period when Matt Nilson settled a loose puck in front of the Bacchanale goal and scored.
The Talk looked to take the lead when Stewart Gross jumped on a misplay in the Bacchanale’s defensive zone and fired an open shot.
Gardaphe made the save and Gross followed for the rebound but Gardaphe denied the second attempt as well, leaving Gross scoreless.
Seven minutes into the second period Tom Collins netted his second goal of the evening, casually skating through the Talk’s defensive zone and beating Potts with a wrist shot to give the Bacchanale a 2-1 lead.
Cal Ryan added to the Bacchanale lead two minutes into the third period, wheeling around at the top of the face-off circle and slipping a shot to the inside post.
The Talk closed the gap with five minutes left in the game on a goal from Mark O’Brien. After hustling to keep the puck in the Bacchanale’s zone, O’Brien dumped the puck back into the corner and skated to the slot.
A Bacchanale defender chased after the puck and turned to clear it up-ice, but it deflected off a skate to O’Brien all alone in front of the net.
O’Brien slipped it past Gardaphe and the Talk were poised to make a comeback with numbers on the bench and a renewed sense of team play, thanks to some instruction from Nilson.
They peppered the Bacchanale net with shots in the closing minutes but Gardaphe was there to turn away every attempt, preserving the 3-2 Bacchanale win. 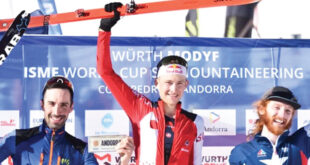 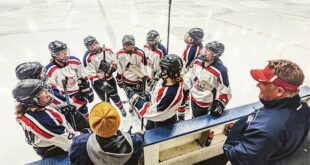 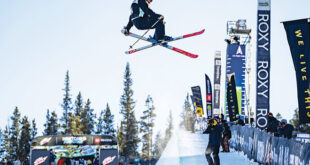 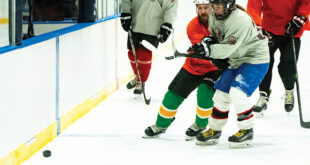