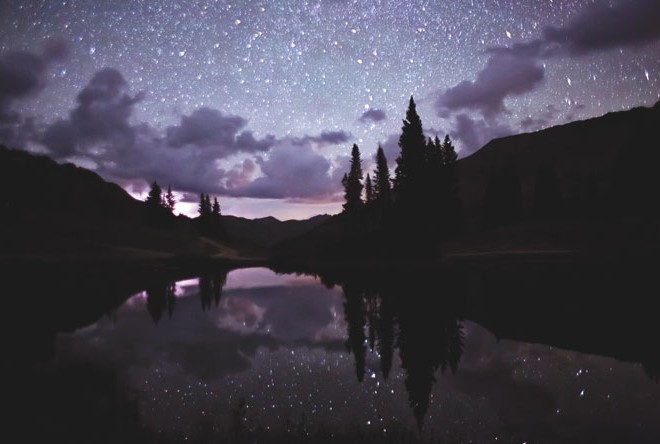 This valley obviously isn’t the only nice place in the country being inundated with more and a different kind of visitor. People sent us articles this week focused on the Hamptons in New York, Jackson Hole and Teton County in Wyoming and the Appalachian Trail up in Maine describing pretty much the same situation we at the north end of the East River Valley have discussed all summer–more people result in more poor choices that have more negative impacts on the area. The headlines from the other places described a summer of discontent, saving the soul of a place or asking where it would end.

Well, for this part of the world it seems to have ended with the start of fall. I encountered a lot of smiles late Monday afternoon and evening. They were, for the most part, quiet smiles of contentment and peace. I was riding some singletrack the last day of August as were a lot of other people. The sun was low in the sky and runners, bikers and dog walkers were all enjoying a cool evening.

I saw people I haven’t seen all summer. I saw people I didn’t think still lived here let alone biked here. I saw faces I recognized but couldn’t associate with a name. The locals were out enjoying a beautiful evening. It was wonderful and most waved or even stopped to chat…something rarely done in the heat of summer.

Taking off from the office, and ending up alone at one of my ‘special places’ I stopped to listen to the now quiet creek as it polished the rocks below with a soothing sound of nature. It was energy. It was bliss.

If you live or visit here for any period of time you know of some of the special places. They are many, most likely personal, and they shine this time of year.

I still like July and early August for the heat and for the understanding that it has become the prime economic bubble that allows us to live here the rest of the year. But as we head into the fall, it is our time. It is busy enough with tourists that we can still work and make a buck…but without the absolute chaos. We have festivals in our near future celebrating art, beer, chili, film and the equinox. The energy is still high but the place feels like it once again belongs to the people charged with its care. Honestly, it feels like July used to feel and I mention that as a warning as well as an accolade.

With my kids at college and my wife at the Chefs on the Edge event (which raised a tidy $20,000 for the Center for the Arts, by the way), I finished my ride and stopped by a local outdoor drinking establishment. While not every table was filled, the patio was full of smiles.

People were happy to chat. Community reconnection. There was talk of the upcoming town council election, of how to squeeze in some end of summer fun, where to travel for a big fall or winter trip and especially of the promise of an upcoming gigantic El Niño. The barkeep wiped clean the overflowing suds that a few weeks ago would have puddled until closing. Kids ran around and dogs waited patiently outside the fence. There was time to take some time.

Monday was a time to work, a time to converse, a time to sit on a bench in the sun, a time to the breathe in the chilling air and wonder what evening would soon require a jacket. We are in the time. We are fortunate to live in a place that allows us time during certain months of the year to reconnect deeply with the soul of the place, with nature and with our neighbors. It is a reason to live here.

Have a wonderful September everyone.