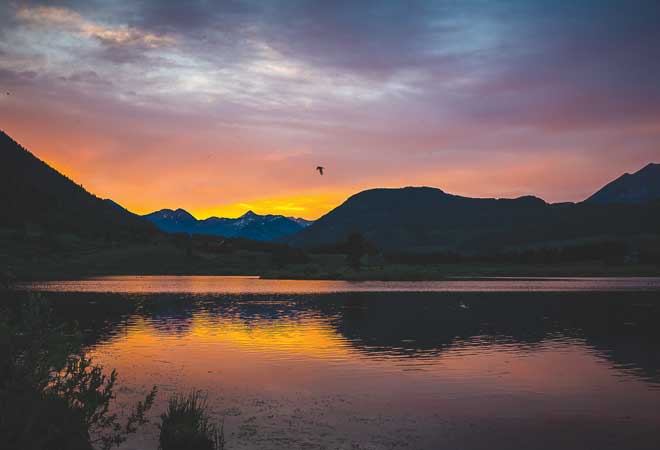 OVPP: The philosophical and the practical

The State of the Valley according to the One Valley Prosperity Project—is better.

The OVPP held a rally of sorts on Wednesday, October 24 to extol the accomplishments of the project under a State of the Valley Report. The actual report contains lots of numbers and graphs providing information over four primary areas of focus, including affordable housing, community health, economic resiliency and sustainable tourism and recreation.

The report states that 40 action items in the strategic plan adopted two years ago have been completed, while another 82 are in progress.

Admittedly, I have held a cynical view of the OVPP since it emerged a few years ago. The kumbaya element doesn’t carry over for me in the big picture. When OVPP first began, the county seemed to suddenly be looming over everything with firm “answers” to problems that the north end of the valley had been dealing with for many years, including affordable housing and backcountry management. Crested Butte mayor Jim Schmidt isn’t wrong when he points out the friction caused by things like the Brush Creek process, the elimination of the county clerk’s office in the upper valley, the attempt to restructure the sheriff’s coverage—all despite objections from the north valley. He isn’t necessarily right to hold that grudge either, as his fellow councilmembers pointed out Monday night.

When I hear the term “One Valley” it can produce a cringe as it appears to me that some who are deeply involved want all decisions to be smooth and unanimous and based on their definition of “prosperity,” a word that means many different things to many different people in different parts of the valley. The concern is that there is a desire to be uniform for the sake of convenience. That is my personal hesitation to wholeheartedly embrace the OVPP.

BUT… As pointed out Wednesday, the plan on paper has accomplished some really good things and provided focus on important issues. So there has been value in this process and I will say that I have not been totally right in my skepticism. Putting a plan on paper and tracking progress, especially for government, can be beneficial and is working well for some of those focus areas.

For me, the best of the OVPP is less big-picture, philosophic in nature and more a way to implement a plan on what government can accomplish.

The work done in the social services area has been very productive. Statistics show that about 15 percent of the county population lives in poverty, which is defined as a family of four basically living on less than $25,000 per year. The poverty level has come down from almost 18 percent in 2013. The number of people on what used to be known as food stamps and those qualifying for free or reduced lunches on the school has also declined. The county is aware of the problem and is strengthening the safety net for the people who not everyone notices, and who are truly struggling to live here.

The STOR committee that deals with sustainable tourism and outdoor recreation is another productive outcome of the OVPP. The group gets together regularly to discuss how and how not to promote the things we love in the backcountry but then also deal with the ramifications of attracting people to our wild backyard.

Gunnison Forest District ranger Matt McCombs is a huge fan of STOR. “STOR is a pioneering effort,” he told the crowd Wednesday. “It provides the foundation to address the tough problems. It can be a working model for the rest of the country and shows that good governance is possible.”

To hear that enthusiasm and analysis softens my cynicism. Organizing that collaborative committee is an effort that in my mind reflects the best values of this community: People willing to roll up their sleeves and try things out of the norm to discover cooperative solutions to tough issues. It has been done here long before the official One Valley effort came out on paper. Things like the Gunnison Sage Grouse Working Group, the efforts to find a solution to a potential mine on Mt. Emmons, the collaboration for trail work at both ends of the valley, the push for backcountry protections going as far back as when the mountain bike community successfully helped advocate to designate the Oh Be Joyful area as wilderness in the early 1990s are all examples of what I would consider our unique problem-solving ethic in this community.

Community Foundation of the Gunnison Valley executive director Pam Montgomery seconded McCombs’ enthusiasm. She said the county’s immigrant community is benefitting from efforts tied to the OVPP. Affordable housing consultant Willa Williford said similar collaboration was happening in the housing realm. Delaney Keating of the ICELab said economic development efforts were also shifting in the effort to get better paying jobs into the community. Most of the Crested Butte council members have made it clear they value the ease of communication with fellow government officials in the county and credit the OVPP with some of that ease.

The nuts-and-bolts work of the OVPP is harvesting results. Social services and the STOR committee are tangible examples of that. Keeping that separate from philosophical expectations that we are all “one valley” with the same thoughts about what it means to be prosperous and how to take action that brings in that “prosperity” makes acceptance of the plan easier.

There is positive benefit for all of us when the people in the broader community find common ground and work toward out-of-the-box solutions to problems people in other places can’t even discuss. Collaborative efforts didn’t start with this OVPP and not every good thing that happens here is a result of OVPP. But it is evident that the initiative is motivating some good people to do good things and that is both constructive and optimistic. So thank you.