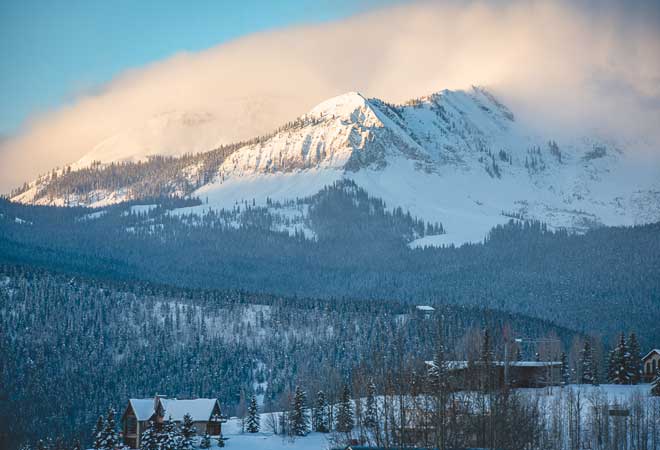 A ski town should have skiers

It appears we have hit a peak (maybe even the peak) for the winter season in terms of visitor numbers. The holiday numbers indicated there were about 5,000 visitors per day in the valley from Christmas through New Year’s. That made for some busy days and nights. The Chamber’s estimates have us on a slow decline in numbers, with the bottom lull coming in the middle of the month when the estimate puts us at having fewer than a thousand visitors per day in the upper valley. Expect a whopping 800 people or so January 14 and 15. Ouch.

The big numbers daze can be a challenge. The internet slows waaaaaay down; the phones don’t work consistently; there are lines at the ski lifts—well, at Red Lady and Paradise, anyway; it can be a struggle to go out to eat (at least between 5:30 and 7); you might have to park a block from where you are going; your friends are probably working (and understaffed wherever they are); and people clog up the downtown sidewalks and Base Area.

And I like it. Well, except for maybe the phone and internet thing.

For several years, I have enjoyed the feeling of being a member of what at times feels like a private ski hill, but to me, a ski town should have skiers.

And overall, in a place that consciously chose tourism as its economic future, winter ski tourism provides an example of sustainability. The tourists are relatively confined and managed. In theory, a bunch of them arrive on airplanes. They then get on an Alpine Express bus in Gunnison and check in at a hotel in Mt. Crested Butte. The activities are concentrated on the ski hill where they use the lifts, whether they ski, snowboard or simply want to watch a torchlight parade and fireworks or buy a new coat. They then use the Mountain Express to get between the ski area and the town. They gather in groups and pretty much stroll Elk Avenue where they drink, eat and shop. They get back on the Mountain Express, walk to their hotel and do it all again the next day. They then pack up, load into the Alpine Express bus to catch their plane in Gunnison and return home. Of course we get more drivers than we used to with the Texas Suburbans now complemented by the Denver and Boulder Range Rovers, and people now rent houses in neighborhoods as well as rooms at the Grand Lodge. That all adds to some more congestion, but for the most part the tourist activity is concentrated.

I like the energy of a busy Base Area, the line of kids at the sledding hill or the awkward families trying ice skating or Nordic skiing at Big Mine. I enjoy watching a family head to the slopes to introduce the kids to the mountain adventure of skiing. I enjoy hearing different languages being spoken. It would be easier (and cheaper) for these visitors to fly to a beach, so while they may not be exactly the same as the people who live here, those who choose a winter mountain vacation have some adventure in their soul and that is appreciated.

Now, I don’t always appreciate their unloading 17 family members in the middle of Elk Avenue as I try to get to the post office so I can stand in line but, hey, I am a tourist somewhere a couple of times every year and probably break local conventions without knowing it as well. So I have developed patience during these busy times and embrace the opportunity to breathe deeply under circumstances that put some stress on the community. After all, they all leave eventually, but when they are here, they allow all of us to make a living.

Which gets me to the political suggestion of this piece. The community’s promotion agency, the Gunnison-Crested Butte Tourism Association, has about $2 million to spend every year. They have an impact on how many people come here, along with probably anyone who has ever posted a pretty picture of this place on their Instagram or Facebook page. But what if the public dollars—say three quarters of that $2 million—were concentrated to drive tourism here during the slower times of winter? Make the significant push to get those groups of friends with time and money here during January. Spend the rest of the tourism part of the budget to fill up the south valley when it is needed and keep the word going to remind people who appreciate and respect the mountain culture about our attractions (mountain bike trails, etc.) in the other seasons.

I personally would prefer seeing more skiers in January, February and March as opposed to pushing to fill up the shrinking “shoulder seasons” of spring and fall. Getting people here in the winter when the infrastructure is already established to handle thousands of people every day makes sense to me. I am a fan of the shoulder seasons for locals—those times when people living and working here can enjoy the downtime and secret wonderful weather to relax, breathe, enjoy the place and prepare for the busy times.

I’ve made similar suggestions in the past and my friends at the TA and the Local Marketing District that funds the TA with tax dollars haven’t thought too much of it. But I’ll keep trying. After all, attracting skiers to a ski town makes sustainable tourism sense to me.