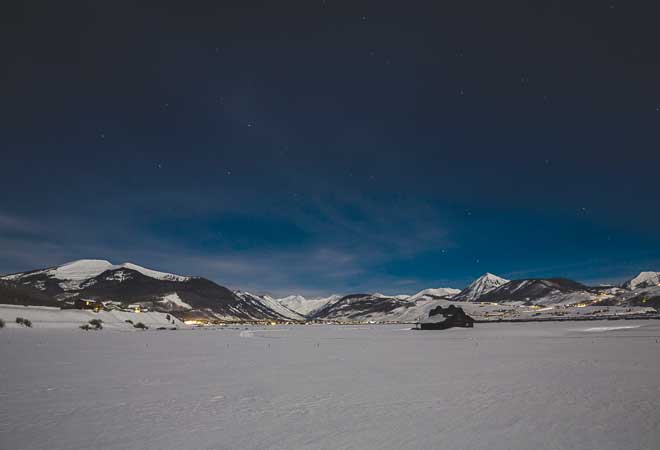 Government is there for the people— not the big corporations

Government is meant to be the place for the people to speak as a collective.

It never works fast but when it works, it ends with people having the opportunity to share their thoughts and explain their views. In local government this usually means it also ends with a decision on an issue.

The local school district government is getting a reminder of that process with the commotion over the potential location of cell towers on school campuses in Crested Butte and Gunnison.

The city of Gunnison initially sort of signed off, stating that it didn’t have jurisdiction over school property. As the public became more aware of the issue, the city asked that the tower construction stop—which didn’t happen —but at least it has not been switched on.

The town of Crested Butte took a quick look at the request and the proposed site a couple summers ago but no formal application was ever submitted and no approvals have been made or even considered. There appears no finite plan to move ahead with a cell tower at the Crested Butte campus at this time.

My gut feeling is that at the start of this process, those in charge at the school district and the municipalities thought “Why not? Let’s get some easy money for the school with a relatively noninvasive structure that would help speed up phone service. What could go wrong?”

People here are smart and engaged and like to know what is going on. Some people are not comfortable with big corporations (like Verizon). Others are wary of what the high frequency radio waves used by the cell towers can do to them, their children, their neighbors and their friends. People here also don’t like it when they feel like some government board makes a decision without being really explicit about what is going on and giving people at least a chance to weigh in. And for a public school district to begin leasing its property without community oversight to private corporations—that is cause for concern and discussion. That’s the problem with this cell tower issue.

So, given the sudden pushback on the idea of cell towers being located at the schools, the current school superintendent and the school board have slowed down. They haven’t backed off the contract that was signed by the district with Verizon but they have taken the opportunity to take a breath. And that is a good thing. It is indicative of good governance. When the public wants to speak—give them that chance.

There will be a meeting next Monday where the corporate guy (or gal) will explain all about cell towers and probably point out they haven’t seen studies that definitively tie such towers to an increase in cancer or the like. My guess is they’ll extol the benefits of the towers, the money for the schools that can be used by the children, the increased speed and phone capacity. Good for them. They get their chance to talk as well in a good government.

My guess is the moms and dads in town will likely relay their concerns that they haven’t seen studies that prove radio frequency emissions don’t cause cancer and that they might as more powerful 5G devises get used. They might provide studies showing such structures have negative impacts on the neighborhoods. Plus it should be pointed out that just the general lack of public participation in the decision is an affront to this actively engaged community. I anticipate some passion at the meeting.

The point is that the school board is taking the time to listen to the people. The Re1J should have done it before any contract came into play but I’d bet they didn’t anticipate the outcry. I can honestly understand that. Now that they are hearing it, I am glad they are listening. The question is, will they have the fortitude to listen and then make a good public decision as a result? Sometimes good public decisions mean confrontation, by the way.

Now, the other constructive thing this public outcry has initiated is a discussion about alternatives. That’s where good government also comes into play: finding real solutions and compromises to controversial issues.

In Crested Butte the mayor and town manager have suggested that the Crested Butte Public Works yard or the newly expanded wastewater treatment plant might be a more appropriate place for a cell tower. They’ve indicated the council would likely work with the school district and Verizon to see if that is a real opportunity.

In Gunnison it has been suggested that since talks between the school district and Verizon started, the Gunnison County Met Rec district passed an initiative that de-bruced the organization and now allows it to perhaps use the district’s infrastructure to place such towers for a fee. That too could be a real opportunity to solve an issue that felt done behind the government curtain.

So I have no idea if Verizon is going to come out guns blazing and sue a little school district in rural Colorado over this issue—especially when the community is trying to develop feasible alternatives. I mean, we all want faster and more reliable cell phone service, right? But if we can get through the emotions and big corporation legalese and focus on making good government work, it seems to me this issue could be solved relatively quickly. The government’s public process could really work, given the alternatives.

The school board is holding its cell tower meeting on Monday, February 4 starting at 5:30 p.m. in Gunnison. Demonstrating how wonderful technology is, a live feed of the meeting will be going on at the Crested Butte Community School. Here’s hoping the public comment session leads to a good solution for everyone.