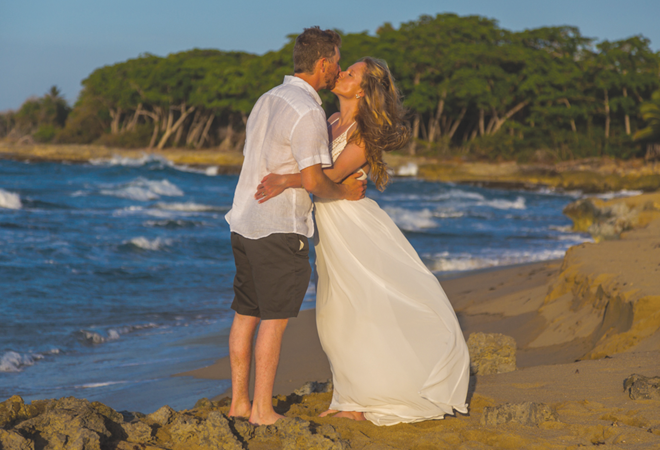 CONGRATULATIONS: Matt Berglund and Lee Eakin eloped in the Dominican Republic on May 5, 2019.

Rumors Coffee and Tea House is celebrating its 10-year anniversary and is holding a party on Thursday, June 20 from 5-8 p.m. The evening will feature snacks and desserts as well as wonderful music provided by Fox and Bones. Fox and Bones, from Portland, Oregon, are the modern day Bonnie and Clyde, if Bonnie and Clyde had driven a Volvo and played folk-pop music. Rather than simply documenting their experiences in song, Sarah Vitort and Scott Gilmore write from the perspective of quasi-fictional characters.

Creative Carnival, an art fundraising party for See Trees, will be held at the Red Room on Saturday, June 15. Adorn yourselves with awe-inspiring attire and join the fun at the Red Room. Doors open at 9 p.m. for a sensational art party featuring live performers, interactive installation and a loaded raffle. Proceeds directly support local, independent artists and their work to produce and tour an immersive aspen grove to venues such as Bridges of the Butte, Crested Butte Arts Festival and Burning Man.

KBUT is hosting the 17th annual Fish Fry on Friday, June 14 at Crank’s Plaza in front of the KBUT studio from 4-9 p.m. There will be a raffle with great prizes and live music by the New Orleans Suspects. The band will then lead a  parade up Elk Avenue to their gig at the Public House. Tickets and information available at kbutradio.org.

Western Colorado University track and field is hosting a Street Vault on Saturday, June 15 on the 100 block of Elk Avenue. What is Street Vault? It’s pole vaulting on the street and the event starts with the open class at High Noon, then they raise the bar to 15 feet for the collegiate and elite athletes. For more information check out go mountaineers.com.

Put on your work gloves and help protect native plants at the community weed pull day at Big Mine Park Friday, June 21 from 10 a.m. to 1 p.m. Learn about noxious and invasive weeds, and win prizes from local shops including CB Sports, Dragonfly Anglers, Third Bowl Ice Cream and The Fly Fishing Show. Food, drinks and fun will be provided! For more information contact Jason at jevanko@gunnisoncounty.org.