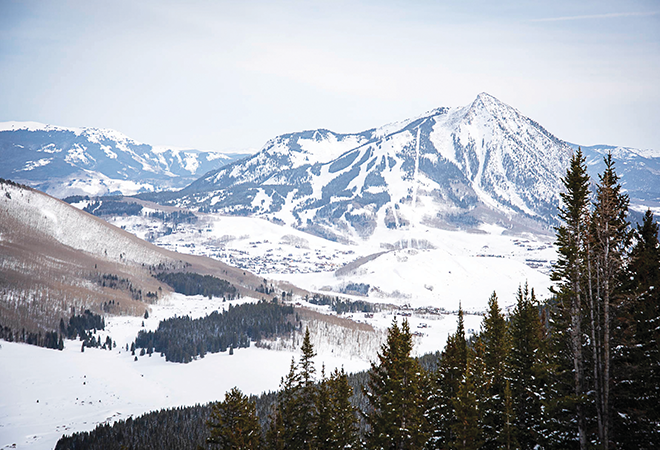 There’s a big ol’ world out there beyond Highways 135 and 50. I popped in there last week and it’s sort of different. There are a lot of people in that world: sophisticated business types walking downtown London, a dozen languages being spoken at the Munich airport, everyone carrying skis around Kitzbühel. After a quick trip across the pond filled with hiccups (Travel Alert: Make sure your passport doesn’t expire in less than three months if you go to Continental Europe), I realized most of those people are pretty nice and willing to help out a country bumpkin from a small mountain town in Colorado. The quick trip reminded me of how mountain people are different from the main. I remembered too that for Austrians in Tyrol, the mountains and skiing aren’t just a part of their lives; they are part of their culture. It reminded me of home.

The day after I got back to Crested Butte I took a few late afternoon turns off the High Lift and caught the bus downtown. I was watching a girl probably four or five years old in earmuffs with a unicorn horn sitting next to me on the right. She was gazing out the bus windows mesmerized by the late afternoon alpenglow. On my left was a young kid here to try a season as a ski bum. Next to him was another young 20s kid with a backpack who appeared to be living that life already.

The dad of the unicorn sounded from Texas and was recounting to his friend in the seat across from him that the Van Halen song on the bus was the same one he listened to while getting pumped to ski down Morning Glory. He was also answering questions from the younger daughter, probably three years old, about the mountain scene outside the bus windows. She was fascinated by Paradise Divide.

We live in a mountain town. Some ski, some hike, some fat bike or sled. But the mountains are an every-minute part of our lives. In Austria the ski area seemed more about embracing the leisure and technique of the ski world. The instructors put on a couple of shows a week, complete with fireworks and music to psyche up the guests. Here, there is less Show and more Go. Edges are less important here than in Tyrol. Hanging out on the sun lounger with friends listening to the oom-pah-pah of live accordion between bier and schnitzel is common over there. Adhering to the slogan that there are “No friends on a powder day” or “Go big or go home” is not uncommon in line at the Silver Queen.

Another reminder of the potential risks that come with mountains occurred the same Sunday I rode the bus with the unicorn. A guy skiing alone on Red Lady Sunday morning set off a snow slide that could have been tragic. But he was no stranger to backcountry skiing and had an airbag that very likely kept him from serious injury or even death. And people need to remember that despite the perception that Red Lady is the second Crested Butte ski area with so many people hitting the bowl all the time, it is actually a big backcountry run. Sunday’s slide was at least the third significant slide in the bowl in three years.

The solo skier who had skied the bowl dozens of times before admitted he got a bit complacent and skipped some safety measures, which resulted in his situation. He ultimately skied back to the bottom on one ski and counted his blessings.

Mountains are powerful things. They call a certain type of individual. Mountains guard the valleys and hold the waters of spring. They shelter wildlife and can get you that much closer to heaven. Whether in Crested Butte or Austria, mountain people are different from city people. If you are reading this, you are probably mountain people. Your spirit is slightly different from those satisfied at Applebees on a Friday night.

It is the energy of the mountain that is the common thread between skiers of Painter Boy or Red Lady Bowl or the skiers who will attack the Hahnenkamm in Kitzbühel, Austria next weekend. To attach boards to some boots and decide that’s a good way to get down a mountain makes you different from most people.

Even if you don’t ski but enjoy the mountains, that is enough. The air is thinner in the mountains. The sun is brighter, the sky is bluer. There aren’t a lot of obese people in mountain towns. Mountains attract like-minded people who want to live or visit a place not inside the mainstream world. Mountains present danger, challenge and joy. Mountains demand a certain independence from those who find their way there.

If you live or visit the mountains—whether in the Rockies or the Tyrol—you are one of the special ones. One must be aware when playing in the mountains. That is part of the draw. There’s an experienced backcountry skier who received a serious life lesson Sunday. There’s the family of Austrians living a happy life centered completely in the energy of the Alps. There’s the young unicorn on the dog bus being drawn to the enchantment of the high mountain valley. All are tied to the energy of the mountains. All are fortunate.

There are a lot of really nice and wonderful people in this big ol’ world. I love getting out there and touching base with the mainstream. But it is not unusual in these parts to ride a bus with a little unicorn or find yourself downing a schnapps with strangers in a mountain alm before clicking back into the skis. Mountain people are different…and different is good. Different is home.

Share
Previous Benchtalk: January 24, 2020
Next HIGH IN THE MOUNTAINS 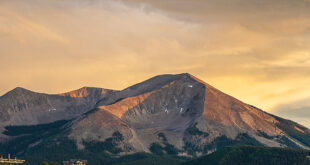