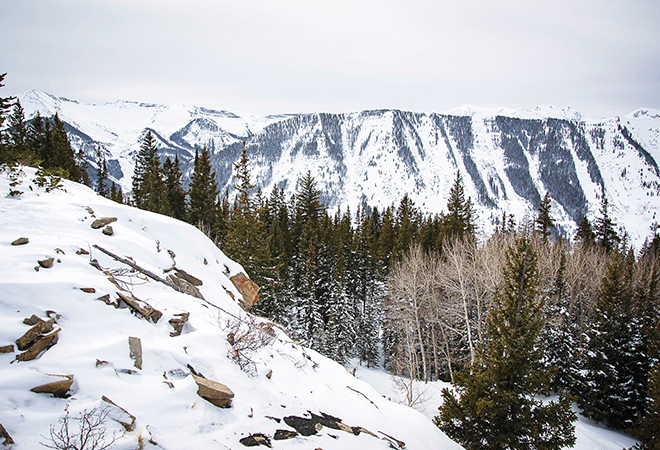 It looks like it might be a week for weird undercurrents—the feeling that something isn’t exactly in synch with what you see on the surface.

If you are in the office and you hear the show “Undercurrents” come on KBUT, you know you are in for a long night.

Of course, on the national scene you have the weird Iowa caucus debacle. Is it really that hard to gather accurate information from those 1,600 precincts and tally what they registered? Using an app certainly didn’t go well. Didn’t anyone think about beta testing an app? They never work right the first time. And not much of a backup plan appears to have been in place. If the state Dems can’t get, say, 25 of their finest interns to call 64 precincts each, ask the order and numbers for who won and put it into a common spreadsheet that should be done in five or six hours, then why wouldn’t the Republicans make fun of them? Why wouldn’t Donald and his crew make the point that if you can’t run a little state caucus why should anyone believe you can take over and effectively run the entire U.S. healthcare industry? That’s just brutal.

The Center for the Arts board and the Crested Butte Town Council have finally, after three months, settled their lease issues. The council approved the lease Monday and, in public at least, didn’t harp on the desire by some council members to have full board representation with the Center. They not only didn’t harp on it, they never brought it up outside of their closed-door executive session. Ultimately approving the lease with the Center was the right thing to do but it leaves an undercurrent of doubt that some on the council are not all on board with the relationship. Or maybe they are. I don’t know. But they didn’t mention it at all after postponing the lease a couple of weeks ago over that very issue.

The Center board of directors took time the last couple of weeks to explain to the public through the newspaper the current financial situation. That’s a good move as well and it appears they feel comfortable with the reality of the situation, which includes more debt than they would like. While they’d prefer to not have any debt, the board feels it is in a stable financial situation. They went over the numbers with the town finance leaders Monday and no issue was raised at the council meeting. So, while not 100 percent perfect, the Center and apparently the town feel comfortable. As insinuated in the story in this week’s newspaper, some things taking place at the Center will likely end up being more expensive than they have been. Ticket prices for concerts, your kid’s dance performance, local plays or films might have to go up to pay for the new, higher-end space. That brings an undercurrent of anxiety to some, so hopefully those new seats that are on their way here from Europe are really comfortable. There are also weird undercurrents floating beneath the surface of the community that some of the subcontractors that worked on the building are less than pleased with how that job ended. So while Big Blue is certainly impressive and really cool on the inside there are some issues that are lingering but will eventually dissipate. Big Blue isn’t going anywhere any time soon, so let’s make it a success.

Despite protestations from supporters, the idea of a Crested Butte empty-house tax always had an undercurrent of us-versus-them. Maybe it was just the way it was presented, but whatever the case, the reality was that it definitely stirred up the undercurrents of the community. The Town Council members appear to have gotten the message that there might be better ways to fund their future affordable housing and climate change mitigation projects so it appears they are willing to take a step back. They cancelled a meeting scheduled for Monday that was slated to focus on the empty-house tax and instead plan to have a March meeting that explores several avenues for paying for their future ideas. The empty-house tax idea isn’t the best path for this community right now. I am glad the council is listening to the undercurrents and investigating alternatives.

The idea of reintroducing wolves to the state struck an undercurrent of angst for ranchers throughout the state and, given that Gunnison County is still a major ranching community, the county commissioners listened to that constituency and have essentially come out against the idea. I am a believer that a viable and active ranching foundation is a major part of what keeps this whole community different from other places with ski resorts, so I tend to lean their way. I would bet that there will be some pushback from the environmental segment of the county but it appears the commissioners thought this through and want to support the ranchers. Right on. They plan to officially step up later this year to have more of an impact statewide but made it clear Tuesday that none of them support the wolf reintroduction measure that will be on the ballot for state voters this November.