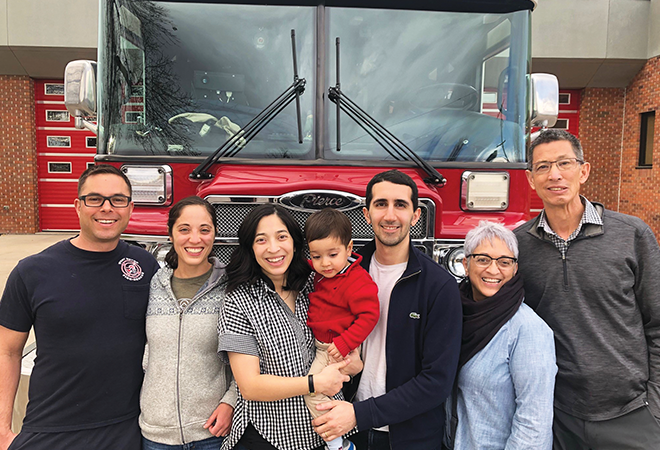 The Grand Mesa, Uncompahgre and Gunnison (GMUG) National Forests announced the retirement of Corey Wong, Forest Public Services staff officer after 41 years of federal service and nearly 18 years assigned to the GMUG, effective May 1, 2020. Wong spent a lot of time in the Gunnison National Forest and could be seen working often near Crested Butte.

Wong’s illustrious career with the USDA Forest Service began in 1976, washing lab dishes at the Pacific Southwest Forest Experiment Station, while still attending college in Berkeley, Calif. He would go on to work in Albuquerque, Peñasco, Taos and Española, N.M; Douglas and Williams, Ariz.; and Fort Collins, Idaho Springs and Delta, Colo.

His personal and professional career highlights include serving as a district ranger for eight years, administering ski area permits for over 30 years, developing a government-to-government agreement with the Havasupai Tribe, completing numerous land purchases and exchanges, most recently the Long Lake exchange with the Crested Butte Land Trust and the Trust for Public Land, and working alongside great colleagues throughout his career.

Wong acknowledged his wife, Pam, in these endeavors, who not only moved often but also endured his long days at work, trips and meetings at inopportune times for their family.

He will be remembered fondly by his coworkers who described him as a hard-working, diligent, humble and devoted public servant with a penchant for long, and sometimes complicated, jokes during staff meetings.

“Corey Wong has been a great champion of Forest Service values throughout his very distinguished career,” said Chad Stewart, GMUG forest supervisor. “His knowledge and experience are irreplaceable and he will be greatly missed, but we wish him the best in this transition.”

Corey and Pam plan to continue to reside in Delta, with trips to visit their daughters in Denver and Vancouver, B.C.