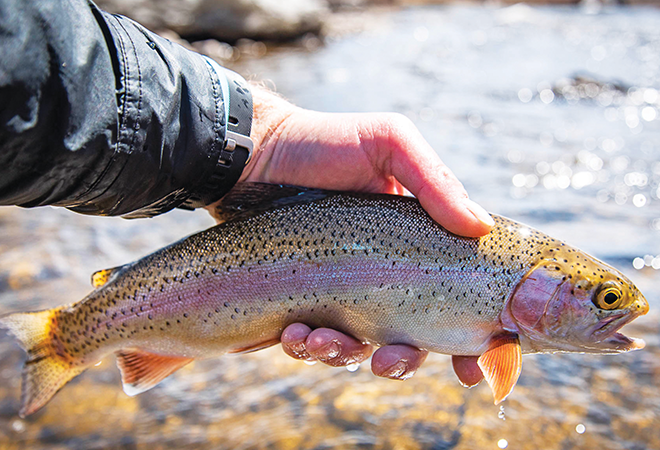 Stress doesn’t always bring out the best in people. We are all in a stressful situation and the latest example of stress stirring the pot came with the county’s public health order banning second homeowners from coming to Gunnison County. Some “non-resident homeowners,” a.k.a. second homeowners, felt discriminated against and got angry. Some locals started eyeing anyone not in their circle of friends and acquaintances as interlopers and got angry. Both were, I think, stress overreactions.

There has never been a shortage of crusty locals in Crested Butte but the idea of snapping photos of out-of-state license plates and posting them with vitriolic threats to get the f— out of town is middle-school ridiculous. For one thing, your perception might not be at all correct, as was evidenced this weekend when a car was singled out in such a vitriolic manner but the car actually belonged to someone who lives and works here. Perhaps the most poignant observation I saw was to point out that teams of traveling nurses and healthcare workers have been brought in to the valley to help with our local crisis and they don’t all live in Colorado. So writing in the window dust of a car with Texas plates to get the f— out of here when the car might belong to a nurse that is here to help your sick friend is just misguided and mean.

Some of the second homeowner reactions have been equally inane. I have written in the past and continue to believe that second homeowners are an integral part of this community. They contribute to the good energy and economy of this place. I like and appreciate a bunch of them who I know personally. So when I see the angry stress reaction that they are so offended by the county public health order saying they cannot come here and will sue or never come back, I say take a breath and try to see the logic behind the order.

The coronavirus is still largely an unknown in so many ways. Gunnison County appears to be at the tip of the spear in terms of the spread. This valley was an early hot zone for COVID-19 and remains so, given the per capita infection rate. We were hit early and hit hard. We have lost two of our neighbors to the disease. Several others of our local friends have suffered hard and fought to recover. Pretty much everyone living here knows people who are infected and struggling. We are taking action that might seem an overreaction in other places that aren’t where we are in terms of the virus’s spread and impacts.

The Gunnison Valley Hospital has 24 beds. None are equipped with ICU capability. Those who need such care are transferred to another hospital, usually in Grand Junction or Montrose, depending on what ICU beds are available. As of this week, 13 people have taken that trip. Some are still in the hospital and on ventilators. Others have been released. The fear is that the state and county will experience a surge in patients who need hospitalization at the same time. When the 24 hospital beds and 10 ventilators in the county fill up and the beds in Montrose and Grand Junction are not available, the tragic reality is that more of us will likely die. No one hopes that will happen but as the county has stated numerous times, “We are hoping for the best but preparing for the worst.”

So in this rural community with limited healthcare opportunities, the fear is that having more people here who could become infected will tax the healthcare system more than it can handle. If that happens, there will be people, locals and second homeowners sitting outside the hospital wondering why no care is available. No one wants that and it might happen no matter what.

The desire of second homeowners who want to be here instead of their home in Texas or Denver or Tulsa is understandable. But now is not the time. It’s simply a matter of math combined with the unknown. The county health order might be full of legalese and not be the most diplomatic messaging while erring on the side of super caution but there is reason for that. And frankly, the hope is that in hindsight when all of this is behind us, it will appear that we overreacted and no more people died. That would be a success.

So often I hear the mantra of second homeowners who say they love Crested Butte and Gunnison as much as the locals. Fair. I believe that and have seen it in action. Most of the people living here understand and appreciate the contributions made by those who spend a lot of time up here. But if that love is real and not just the love of a Crested Butte bubble, then the second homeowner community members should respect what the community is doing. Respect the idea of taking action meant to keep not only locals safe, but you safe as well. We are all part of the greater community.

The same reminder goes for locals who are freaking out when they see a white license plate. There is no need to be a jerk. There is no reason to assume you know the circumstances of everyone you don’t recognize.

We are all under stress and stress doesn’t always bring out the best in a lot of people. Ultimately, we are truly all in this together and we each have things we can do to get through this as fast as possible. That’s the ultimate goal for every member of this broad community—getting through this as fast as possible. To do that will take respect and understanding from everyone.