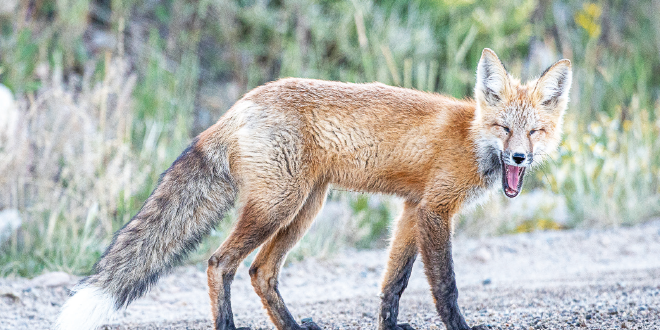 The normal dog days of summer or just a summer daze?

The middle of August at 9,000 feet in the Rocky Mountains normally brings about the lazy dog days of summer for us. You can feel the nights cooling while the afternoons broil. The flowers begin to seed and the remaining white from last ski season clinging to the shaded mountain ridges up Paradise Divide are disappearing. It is normally a time to relax as the days start to get noticeably shorter and the normal family crowd of tourists thins out as schools normally begin in other states. But these are not normal times, as the coronavirus and politics make it hard to take our late summer breath and relax. Still, as usual, what we do today impacts what happens tomorrow and that remains true even during a pandemic.

In that realm, there is some good news. The number of COVID-19 cases in the county started climbing in the middle of July, indicating some summer relaxation and fun was leading to more intimate personal contacts. The “Coronameter” tool developed by public health officials, which some mocked as silly, began flashing its warnings based on data. The county public health team began warning people to stay vigilant about the protocols that help stem the spread of the virus—step up the social distancing, wear a mask, wash your hands, don’t have the backyard BBQ with 30 of your closest friends.

People apparently got the message as the numbers are now trending down in the right direction and settling in, with much fewer positive test results. What we did as a community in late July is having a positive impact in mid-August.

A friend reminded me this week that it used to be a pretty normal occurrence to see the first dusting of new snow around August 15. I don’t expect that to happen this weekend.

A new report published in the Washington Post shows that Crested Butte and Gunnison County are pretty much on the border of one of the most severe drought areas in the country, if not the world. Stretching from basically Montrose south and west into Utah, a cluster of counties on Colorado’s Western Slope—along with three counties just across the border in eastern Utah—has warmed more than 2 degrees Celsius, double the global average. Spanning more than 30,000 square miles, it is the largest 2C hot spot in the Lower 48, a Washington Post analysis found.

Warmer temperatures and less snow mean less water and a transformation from verdant farmland through irrigation into desert, as that area seems stuck in a negative feedback loop that speeds up climate change ramifications. There is less water and more people and more obligations for the disappearing water. If that seems too abstract and you need something that affects you to wake you up, think of it this way: You can’t grow Olathe sweet corn in a desert. Holy crap! Climate change could soon take away one of the real joys of summer for all of us.

What we do today impacts what happens tomorrow and our reliance on fossil fuels that feed climate change is making it hard right here in our neighborhood. Taking real steps, locally, regionally, nationally and globally to mitigate a changing climate matters. It’s not just Olathe corn that might go away, but how about a ski season that lasts from November to April?

During these dog days of summer you can read how the current president is setting up ways to prove government doesn’t work, whether it is by bludgeoning the U.S. Postal Service or torching your future Social Security and Medicare benefits. Donald’s executive memorandums signed last weekend—described by a Republican senator as “unconstitutional slop”—wouldn’t do much to help in an immediate crisis even if this man who acts like a king could implement them. But one lasting impact is that his orders could destroy your Social Security.

As for the post office, Trump toady Louis DeJoy, the postmaster general, is doing everything he can to make sure one of the country’s finest services gets hobbled. Firing or moving executives, not allowing any overtime, restricting mail carriers from going back and picking up mail for their route that wasn’t ready when they left their post office, tripling the cost of sending back mail-in ballots, all add up to nefarious decisions to influence the efficiency of ballots returned through the mail. It purposely undercuts the ability of the postal service to timely deliver the mail. Not only is it damaging the services of the post office right now, but also what is happening today could sabotage our democracy this fall.

These days are normally relaxing and a time to take a breath as the summer tourist season wanes and the winter season remains beyond the horizon. Things are different in 2020. The dog days of summer too often feel like a daze.

Still, make the time to relax and breathe but don’t stop paying attention. Wear a mask where appropriate, and remain vigilant with social distancing and your Social Security. Watch what Donald is doing and not so much what he is saying. It will all matter tomorrow for you and your kids.