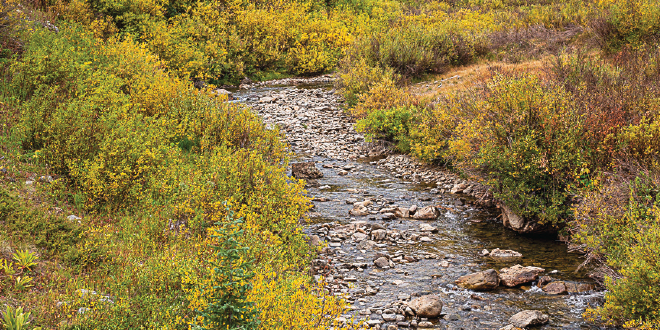 In this time of seemingly continuous chaos it may seem the tide is rising quickly and will soon overwhelm you. Yeah, it might. So breathe. And don’t feign shock at some things that are happening right now that really shouldn’t be shocking.

Why is anyone shocked that the Crested Butte Town Council followed through and painted “Black Lives Matter” on Elk Avenue? They talked about it for weeks and while the process was awkward and somewhat rushed at the last minute, there was no hiding the intention or likely outcome. Personally, I would have liked a more artistic, Crested Butte-centric version of the Elk Avenue messaging but I was not shocked when the council felt the pressure by those at their September 8 meeting to do something immediately. So we got what we got.

When the painting went down this week and photos of the big block letters hit social media Monday morning, the shock by some people that the town would do something so outrageous was huge. Comments on the Travel Crested Butte Facebook page was blowing up immediately, approaching the 2,000 mark 24 hours later. Not all of them were nice. Too many were disrespectful — but showed how people feel. Granted, it seemed like there were maybe 20 people with time on their hands arguing back and forth.

Okay, maybe a few more than 20, but the arguments centered on whether Crested Butte was about to be burned down by riots given the political nature of the BLM painting and no family should ever venture here again and tourism will dry up because of the “stupid council” decision—versus how this was a giant moral victory that is the first step toward eliminating systemic racism in the valley, the country and the world. Neither argument will carry the day. Some will choose not to come here, given the specific words associated with what they see as a dubious organization, while others will view this as reaching out with a healing message for the Black members of this community. I’ll go with the second sentiment. It is a small but visible action requested by members of the community who have expressed a level of discomfort in this community.

But why some are shocked that a town that has been consistently pretty liberal since moving from mining to recreation would take such a stand with the Black Lives Matter issue is bewildering. This is a town that fought molybdenum mining companies and lit flares messaging F*ck Amax on Red Lady overlooking Elk Avenue. This is a town that jumped in front of other communities and officially supported measures that prohibited discrimination against gays in the 1990s. This is a town that has skied naked, enjoys big fires and has fought everything from corporate extraction companies to corporate ski area expansions. We’re still not Vail.

At the same time, why would those who support the BLM message be shocked that some Crested Butte fans from, say, Texas, Oklahoma or even here are upset that using a phrase they perceive as supporting a radical anti-American organization make clear that they won’t spend their dollars in Crested Butte? Black Lives Matter is a hot button phrase and choosing to use it comes with consequences. The chips will fall where they fall.

The whole topic is bringing about a hard but important conversation that is applicable to not just Chicago or Portland but also Crested Butte. How that conversation evolves will be interesting.

Why is anyone shocked that Republicans in the U.S. Senate are rushing to replace Ruth Bader Ginsberg before the upcoming election? Did anyone actually expect they would do what they did in 2016 and hold up the replacement for that Supreme Court seat because it is an election year? That was the BS moment. Mitch McConnell has few if any scruples and to think otherwise and be shocked at his action is in my mind the real shock. That guy loves power and knows how to use it. I contend McConnell abused it in 2016 and while Obama felt it was no big deal because he expected Hillary to win and get the chance to make the replacement anyway, Barack and the Dems could have played the game harder back then. So let’s see how the Dems play the game this time. But don’t be shocked when the Republican senators, including Colorado’s Cory Gardner, confirm Amy Coney Barrett sometime next month.

Why is anyone shocked that the county is not eliminating all COVID-19 restrictions and opening up like it is September of 2019? There is the cry from the expected groups that they are oppressed with restrictions, especially if the numbers are indicating the coronavirus is in check. But it is exactly the restrictions in place that have had a part in getting that virus in check. Gunnison County appears to have gone from one of the country’s true COVID hotspots in March to one of the most open and safe places in the country right now. That is pretty shocking. What may be more shocking is that students in both the school district and at Western Colorado University appear to be doing a pretty good job with not spreading the virus. WCU college students may be the only college students in America keeping this thing in check—and, given the reputation of “Wasted State,” that is shocking. A big shout-out to Joni Reynolds and her team for getting us on the right side of the line.

Why is anyone shocked that people will stumble over human poop and toilet paper in the nearby backcountry? It is super-disgusting and a real problem but shouldn’t be shocking. It comes down to simple math: more people plus not enough infrastructure equals people pooping in the woods. There are too many people using our backyard and not enough mitigation like toilets and parking areas in place. There are certainly good efforts being made, primarily with things like the Crested Butte Conservation Corps but numbers don’t lie (and neither does poop) and the impacts of tourism without adequate infrastructure degrade the very thing that attracts people here and ultimately the resulting economy.

Why is anyone shocked that the new second homeowner Political Action Committee is making loud noise about the upcoming county commissioner election and the need to—oh wait. It isn’t. The GV2H PAC is pretty darn quiet at the moment, and that is a tad shocking considering how loud it was when first organized—but we’ll see how long that quiet lasts.

And finally it is unfortunately not a shock that a couple of local entrepreneurs have had to close their business—the much-loved Majestic Theater. You can’t run a business that depends on people in seats when coronavirus health orders don’t allow people in seats. Ali and Mark Drucker have run one of the touchstones of the Crested Butte community in the last several years and while understandable, it is sad to see our movie theatre and all that comes with it announce they will not reopen. It was a good run and we’ll miss that hub of the community.