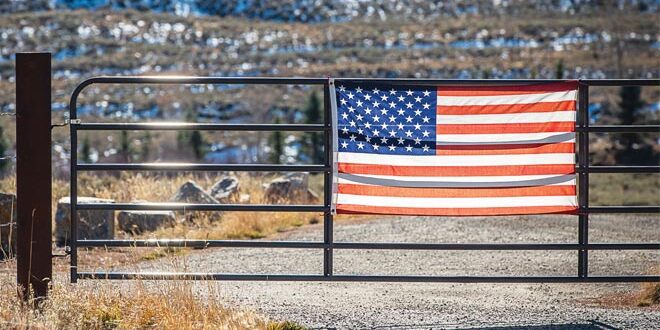 Like four years ago, Colorado woke up Wednesday after Election Day as a square blue island in a sea of red that is the Electoral College map. Crested Butte and the Gunnison Valley appear to be a darker blue bubble on that island and that is okay with me. Tuesday brought a wave of winners and losers as the votes were counted into the night. Let’s look at some of them…

The first loser Tuesday night was pretty much everyone’s nerves as the eastern states shut their polling places and everyone waited for numbers—numbers that would determine the state of the White House over the next four years. It is 2020, after all, and who would be super surprised if Kanye managed to pull it off in this strange year?

Tuesday night at 6 o’clock was sort of like your favorite football team losing by two points and lining up for a game winning 50-yard field goal with no time left on the clock. But as numbers started coming in there was some general relief that this election was finally over. For me, the big question early on was why do the Dems keep doing foolish things like talking about how they’ll end the filibuster and pack the Supreme Court because they’ll win everything including the Senate when aside from their obviously lame polling, there is no indication they’ll take anything besides California?

The best thing early on was the mellowness of Election Day across the country. There was no flurry of videos showing right-wing militias armed to the teeth blocking the doors to voting booths. There was no shouting between left-wing progressives at mainstream conservatives. In Crested Butte, election judges told me that people showing up to vote or drop off ballots were happy, respectful and wearing masks. That is a win.

And Colorado voting in general is a win. It again proved that a safe and open voting process is possible and can work efficiently. The Centennial State has had some experience with mail-in ballots and drop boxes. The process has been refined and most people living here have deep faith that their vote will count and the results are fair and honest. There is no reason not to tabulate ballots received before Tuesday. Other states might want to look around and copy what works in a place that has proven it.

The people with Ds next to their name won pretty big and pretty consistently in Gunnison County, so they got a huge win. In the county commissioner race, Jonathan Houck got 63 percent. Liz Smith tallied 61 percent. Joe Biden pulled in 64 percent. John Hickenlooper got 62 percent. Diane Mitsch Bush trounced Lauren Boebert in this county 63 percent to 34 but lost the district. That 60-plus percentile is a pretty big margin in politics. It can be safely concluded that the county is pretty blue right now.

That local grassroots blue wave sent a pretty strong message to the recently formed GV2H Political Action Committee that actively supported commissioner candidates Trudy Vader and Dave Taylor, along with Senate candidate Cory Gardner. Voters made it clear they don’t like the idea of a second homeowner PAC trying to influence their local elections.

Those heavily involved in the PAC might reconsider their tactics to have their voices heard by refunding the $29K left in their bank account and working with the local politicians and administrators who guide the valley we all claim to love. As was evidenced in the Corner at Brush Creek brawl, second homeowners actually can have a significant place at the table as part of the community in the political process. Ultimately, at least for the short term, they got what they wanted with Brush Creek. Second homeowners actively participated in that local political process and, while not always perfect, their opinions were heard and the process worked.

The tenants of an affordable apartment complex in Gunnison owned by KOA Dave Taylor came out winners in this election. When asked at the Crested Butte News Candidates Forum about broken windows, Taylor said they were the renter’s responsibility but he promised to replace them anyway. Driving by recently, I saw Dave had stuck to his word and new windows were installed this week. That will help keep families warm and heating bills smaller. Good on ‘ya, Dave.

And really, the citizens of Gunnison County are winners. The county clerk and election officials made voting easy for citizens. The citizens in turn decisively chose to elect smart, hard-working and committed neighbors to do the hard work of being a county commissioner. I trust Jonathan Houck and Liz Smith to roll up their sleeves and be pragmatic while figuring out how best to protect our public lands, set a path to build housing for local workers that is more than a simple ghetto for waiters and lift ops, and address how to mitigate the impacts of too much tourism in our backcountry. Congrats and good luck to them.

Nationally, what was expected to happen, happened. Close races in so-called swing states resulted in meticulous vote counting that stretched well beyond Tuesday. It is honestly the way it should work with every ballot getting a fair count. And if that fair count ends up with Donald winning a fair race, then it is what it is and it sends a message about our American culture and values. My friends who are Trump supporters say not to listen to his words but watch what he does. But for me as a writer, words matter. So I would expect more divisiveness, more Black versus White, more rich versus poor, less environmental regulation, less decision making based in science, less working together with political foes for the benefit of the greater country.

Frankly, if Joe pulls it off, he will get to deal with the hyper-partisan Senate majority leader Mitch McConnell. Mitch will no doubt waste little time before throwing rocks and barricades every time Joe tries to do something. That would be a torturous four years for Joe. McConnell has shown he would just as soon work to make the rich richer, have corporations set the national guideposts, allow only judges with his antique view to get a hearing, and work to have only members of his political party count as real citizens. And of course he can and will blame Joe for not making it better for everyone.

Here in Crested Butte and the Gunnison Valley, we live on the island of blue in a sea of red. We are fortunate that here, most of us believe in science, have respect for people of different backgrounds, have compassion to help those who need it and can trust the results of our elections. Who the heck knows what the next several years will be like in this country. But it is at least good to be on the island.