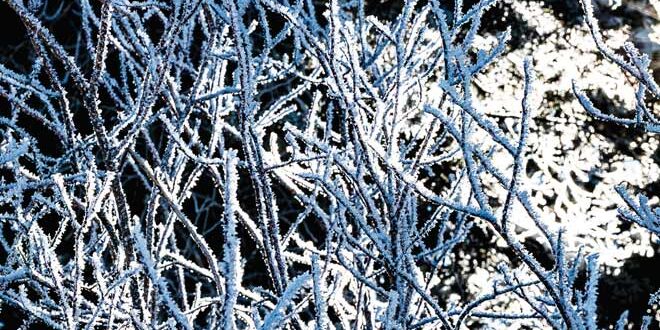 It’s hard to focus on a local issue when you have QAnon believers distraught and spewing on social media that Joe and Kamala’s inauguration didn’t go like they expected last week. Many honestly expected the “storm” to materialize that would be led by Donald’s secret army and end with most national politicians being executed on the spot for treason and eating babies while worshipping Satan. Seriously. It didn’t happen. Seriously. But for Q believers all is apparently not lost, as they now have their eyes set on March 4 as the next trigger date when all will be right with their world.

In the meantime, here at 9,000 feet we are trying to figure out if cars will be able to drive both ways on Elk Avenue this summer or just west. We are starting to wonder if people not living in CB’s one square mile should be marginalized for having a post office box in town. And we are looking at a half dozen significant affordable housing projects in and around Crested Butte and Mt. Crested Butte.

Based on feedback so far I’d bet the house that cars will be driving only one way up Elk Avenue this summer. I’d bet the bank account (which wouldn’t be a big loss, by the way) that you won’t be driving east on Elk between June and September. Last summer’s program—put in place to help businesses that were suddenly not allowed to have regular indoor capacity—was deemed a success. Downtown Crested Butte had a sense of vibrancy as the more-than-expected crowds clamored to sit outside and eat and drink and shop. It started out looking a bit like a Tijuana flea market but got a bit more polished as summer continued. My guess is that there will be more polish and less flea market imposed in 2021, but listening to feedback being gathered by the town’s planning department makes it clear that not everyone, but most people, want to try the festive look again this summer whether coronavirus restrictions are in place or not. The council will review a recommendation in March and then make a decision.

The Crested Butte Town Council is having some heartburn over the congestion at the Crested Butte post office and wants to fix it. Located in the dead center of Elk Avenue, the post office hasn’t changed in size for decades but the number of people who now live here has. Lines are normal any day of the week any time of the year—but the lines around the holiday package season feel like a powder day at the East River ski lift. While the location was originally seen as a benefit to bring people downtown to spend a few bucks, the post office now is perceived as a clot in the town’s artery as people take up parking, block the sidewalks and generally over-congregate during COVID. The council is investigating ways to move the P.O. and even mentioned that people not living in town perhaps shouldn’t get a box. None of this of course is under their jurisdiction but they are seeing another impact of quick growth on their quality of life and they want to do something about it.

Affordable housing projects are not simple and they are not cheap. But the priority is there from both government and business leaders so there will be movement coming on additional major projects in the north end of the valley. This next year will probably involve more planning than actual building but a template can be established to set the board for real continued workforce housing progress. The key to keep in mind is not how to just get units on the ground, but just as important, to see how those six projects interface with one another while not forgetting to take into consideration the real world impacts that come with them. Bringing hundreds if not thousands of new people to live in the upper valley means there will be major impacts on traffic, recreation, parking, the school—and the post office and Elk Avenue. I know there is an effort to try to have the various government representatives regularly communicate about their individual projects but I’m not seeing much concrete discussion about how to line them out in a smart and effective manner. It is important to do something to increase affordable housing opportunities but it is important to also look at the big picture. Coming up with a comprehensive growth plan where an idea like perhaps using the Brush Creek parcel for a new school expansion and fields to service new community members makes some sense.

As we move ahead with important local issues, the need for a consistent picture of overall impacts is imperative. As we grow quickly in our end-of-the-road valley, everything we do matters to everything else. Nothing happens in a bubble and so while planning downtown traffic patterns, potentially moving the location of the post office or developing large affordable housing projects is important, they are tied together and need to be considered as such if we want to maintain what it is we love about the place.

Of course it might not matter much. Maybe we just listen to Q and wait until after the baby eaters are taken away in a storm on March 4 and see what is left of the world before spending a lot of time on planning…