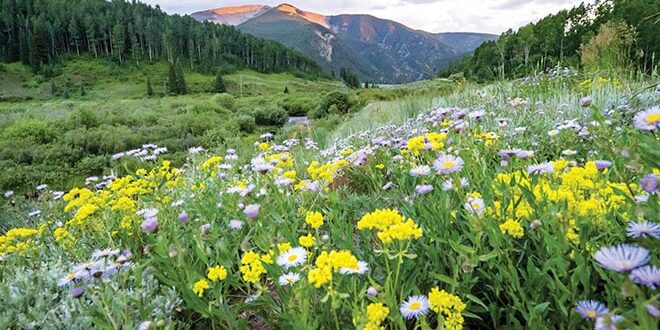 Crested Butte has always been associated with bold action.
There’s the molybdenum mine fight that appears to be winding down in the town’s favor but that included a legendary torch-lit, F*** you to Amax (the mine owner at the time) in Red Lady Bowl; the persistent slog of a grassroots campaign to keep industrial ski area expansion off of Snodgrass that ended with the Forest Service repealing the allowance of ski lifts on that mountain; the regulation passed in the 1990s to keep houses in Crested Butte really small compared to other resorts; and now the initiative to perhaps radically hobble property values in Crested Butte by basically limiting who would want to purchase property inside the town limits.

This last one is not quite there yet but if the council can thread the needle and gain the support of middle class Crested Butte resident property owners and second homeowners, the action just might have an impact, at least to some degree. If nothing else, it is certainly sending a bold message. What will it actually do? I have no idea.

On a quick side note I must say that while there might have been some small question before Monday’s council meeting on whether the board would (at least unanimously) implement the STR moratorium, that was put to rest in my mind Monday afternoon when Airbnb sent out a really, how should we say this diplomatically, stupid email to its local hosts asking them to speak against the idea. Hmmm…what are the chances that a Crested Butte town council getting active input from its young, vocal, constituents would side with an $83 billion company over the people they see at the Post Office? Seems to me that corporate move showed an apparent fear of precedent and lack of understanding about this community. It’s always interesting to see a big boy come in all blustery and sweaty and get kicked in the nuts. Welcome to Crested Butte.

Anyway, back to the latest initiative. Driven by the staff, the town seems to really be trying to take the “resort” out of Crested Butte resort real estate. Under the banner of a “Community Preservation Fee” that could raise some money for a variety of projects from affordable housing to art, along with a halt on new short-term rental licenses, the consequence is that some property values inside the Crested Butte town limits will likely go down.

And that makes some sense because if you don’t permit new short-term rental (STR) licenses, the people who count on that income to help pay the mortgage drop out of the buyer’s pool. If you charge a $7,500 or $10,000 annual luxury tax to own a second home in town, the people who want a place here as a vacation home but don’t have a whole lot of money drop out of the buyer’s pool. That leaves the really rich people who won’t flinch at another $10K on their $4 million home or the coding couple from Calistoga who can move to the mountains to live and work remotely.

So it seems to me the really expensive houses won’t feel the impact. But like I said, I don’t know and I’ve already heard another point of view that the town actions will create scarcity and attractiveness for the monied class who will buy property in this pretty place no matter the cost and it’s a bonus if there aren’t STRs near their getaways. Think of the Yellowstone Club.

It is the old CB middle class that maybe built or bought their homes 10, 15 or 20 years ago that will take a hit as their buyer pool will shrink so they might have to lower their prices to eventually sell their house. I’m thinking of the $750,000 to $1.9 million places of which there are many. I doubt they would lose any money on their house, but they won’t pocket as much as anticipated (for retirement or college expenses) when they make the sell decision. Their property value will feel the pinch, so some houses probably won’t skyrocket in value every month. To get that group of locals on board will take some real discussion. There is real work to be done to sit down and explain the benefits. That hasn’t happened and I have no idea how they would react.

The other impact will be on the people who perhaps have owned a vacation home for years and are more typical upper middle class people (and not $20M/year CEOs) who love the town. If it is a blanket fee, some might be forced to sell because they can’t afford a big annual tax just to come to town and eat on Elk Avenue. As the old saying goes “you can’t eat equity soup.”

And both groups actually might be fine with all this bold action, which is where the council has to thread the needle. I keep seeing the town staff telling second homeowners why they should love the new fee, but I haven’t seen any real political outreach to engage that group. That should be done by the councilmembers who like the idea to sit down and really make the case to those that will take the hit. The idea of including exemptions for some second homes is important since it really does seem unfair on its face to charge a $10,000 fee on the $4 million home on the fence line and the same $10K for a trailer home owned by a family in Texas. Plus, as was pointed out Monday, a lot of the second homes are owned by longtime contributing members of the community. I like what Cole Thomas of Butte Bagels basically said near the end of the discussion – that if the details of a ballot initiative result in pushing out contributing members of the community, which many second homeowners are – then that would destroy the intent of what was being proposed and it should be scrapped. So, there is definitely work to be done there as well, and again that should be the political task of councilmembers who are pushing the tax.

Whether any of these actions do more than make some locals feel good about sticking it to the man is an unknown. Whether property values drop enough to allow working locals in the service industry to afford a home in Crested Butte remains to be seen. I sort of doubt that one. The moratorium and luxury tax combo might make it easier for lone eagles to live and work in town, which is sort of one council goal and the Community Preservation Fee should provide an income stream for housing which is another goal.

Look, it’s easy to sound bold, but it’s harder to be bold and effective. The midnight torchlight F-you to Amax was bold, but the actual positive end result announced this week is coming from hours and hours of hard work and tough collaboration. For this latest action to work, the trick now is to thread the needle to get a broad community on board with the ideas — and that will take real political work that doesn’t happen in front of applauding supporters. I haven’t seen any indication that will happen — but there is time.