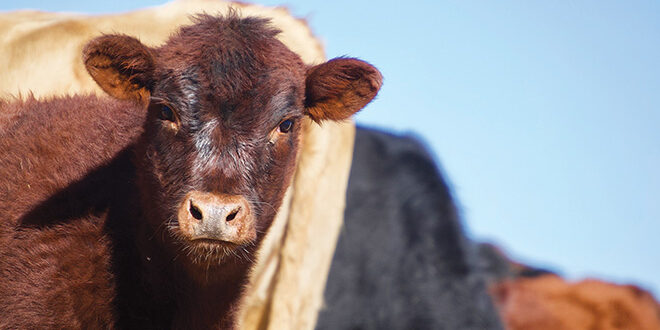 For rancher Bill Parker of Parker Pastures, photosynthesis is always on his mind.

Parker Pastures, which leases 370 acres of the Van Tuyl Ranch from the City of Gunnison, has been raising grass-fed, pasture-raised meat since 2006. Parker Pastures focuses on regenerative ranching practices that help rebuild organic matter in soils and restore degraded soil biodiversity. Among these practices includes carbon sequestration: the process of plants using photosynthesis to store excess carbon in biomass and soils.

“As a land manager using livestock, my number one goal is to capture as much carbon through photosynthesis as possible. That’s done through holistic planned grazing,” says Parker. He explains that the longer he allows plants to grow before grazing, the more carbon will be stored resulting in healthier plants. “The driving factor is the recovery period, how long are we letting plants grow before we graze them,” he says. “Our tactic is to minimize overgrazing as much as possible.”

Parker explains that the concept of overgrazing is often misconstrued. “For so long we thought that overgrazing was a function of animal numbers, now we know it’s a function of timing,” he says. If a plant starts to regrow and has tender growth while an animal comes back to graze it, the plant has to use its roots again and again to photosynthesize, he explains.

Parker’s grazing periods are short and strategic to minimize the amount of time the plants are exposed to the animals. “We want to be grazing any plant for one or two days and then we’re off those plants so they can recover,” he says. Additionally, they rotate where they graze their animals each spring, the time period when the plants are using their root reserves. “So we’re not hitting those same plants every spring,” he says.

In tracking soil samples, Parker says they’ve sequestered 32,000 metric tons of carbon through their management practices. Parker explains that more carbon increases the organic matter in the soils, which is closely correlated to the amount of water in the soil. “With each 1 percent increase in organic matter, you can hold another 25,000 gallons of water per acre,” he says. In the last 10 years, Parker Pastures has seen a 9 percent increase in their soils’ organic matter. “We are building a reservoir with our soil, we are increasing our drought resiliency and soil fertility and production capabilities in a proactive way.”

And with drought on the mind here in the Gunnison Valley, any extra store of water can make a big difference. “We’ve definitely noticed how our land has more carbon and we can stay green longer without water,” says Parker. “We’ve got this water shortage here on the Western Slope. But there are these creative solutions to hold water in our soils and figure out ways to send more water downstream.”

And as far as water goes this growing year, “We’re super thankful for the rains we’ve had lately,” says Parker. “We’re looking at a better year than we expected back in the spring.”

While livestock produce methane that’s released into the atmosphere, Parker explains that in a healthy pasture situation, the methane being released by the animals can also be absorbed back through the soil. “In a feed lot situation, there is no healthy soil capturing the methane,” he says. “Our cattle are not releasing as much methane out in the atmosphere because the soil is capturing it,” he says. “It’s not the resource, it’s our management of the resource. The livestock can improve the landscape or severely degrade it and it’s up to the managers to determine what path it’s going to take. Proper management of livestock is the best tool we have for large-scale regeneration.”

Parker stresses the importance of regenerative ranching, especially in preserving and sustaining the Gunnison Valley.
“We are regenerative ranchers, we know we can actually improve the resources around us and we need to be regenerating our landscape and making it better,” says Parker. “Here, we have a lot of land preserved through conservation easements to keep these landscapes open. I’m really passionate about figuring out how do we as agriculturists compete with this really high real estate market and garner that value from agriculture as opposed to development money. We believe in creating abundance through the land and making it viable to live off the land, because ultimately that’s what’s sustainable. We’re doing what we can on the land to make it better.”

Parker and his wife Kelli also offer holistic management coaching through the Savory Institute and Gunnison’s Coldharbour Institute, which teaches and demonstrates sustainable and regenerative living practices that bring health to communities.

“Regenerative agriculture is kind of a small part of agriculture but it’s growing every year,” says Parker. “We’ve been trying to practice it since we’ve been here and we’ve definitely gotten better over the years. Every year we learn from each other and get better.
Parker encourages people to seek out information that increases the community’s overall ecological literacy. “It’s important to understand what’s happening with the landscape and how we can influence the management of the land to move it forward,” he says.
He also encourages the community to utilize opportunities to purchase food from places that are focusing on regenerative methods. “Support the people that are improving the land.”