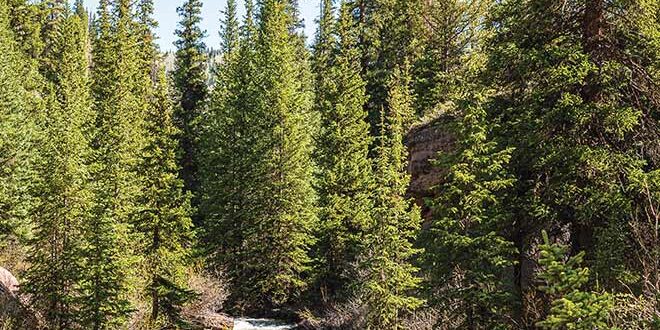 It has been more than a few years since we’ve had the consistent rains we’ve seen over the last several weeks in the upper valley. The rainy afternoons are welcome to a place that has been worrying about drought and wildfires for years. The rain is a nice addition, but the phone forecast indicates that the monsoons will be moving on and we’ll get the ideal 70-degree days with a few clouds without much moisture. And that too is okay and welcome.

Some of the recent afternoon storms seem to be reflecting the mood of this valley right now: loud and angry and sometimes sudden outbursts that are over-the-top. Perhaps the change in weather will also precipitate a change in attitude. It has been quite the summer and many times feels on an edge. The pace is harried for CB, the anger and frustration rising. I always expect the busyness to subside about mid-August as schools restart and that should help bring back some balance, but in this new Covid-ish world, who knows.

Sitting in my office Monday morning there was someone on the street below cussing out a dump truck driver for apparently spilling dirt on the street. And I mean cussing in the M-Fer vein.

Frustrated skateboard kids were lined up with a couple five gallon pickle buckets trying to drain the water from the clogged small bowl at the skate park.

The Earth is sending an angry message in Glenwood Canyon and saying enough is enough and doing its best to eliminate miles of Interstate 70 that results in sending more traffic to Highway 50.

Think about it — it’s not easy to get a steak dinner in a downtown surrounded by cattle ranches.

CB restaurants are packed and making bank while workers are stretched to the limits. And watching a beehive of activity Tuesday evening at a local eatery, it was obvious that when the schools start up, a lot of the workforce will be leaving and that might add to the overall stress.

There’s sometimes no gas in Gunnison, people are angry at the lines of traffic coming down the hill, and despite too many people driving too fast, does anyone really love the empty flower boxes used as ‘traffic calmers?’

Don’t pack away your facemasks just yet. COVID-19 cases are rising in Gunnison and health officials are considering bringing back at least some mitigation measures. Great.

Looking on social media there’s more people than ever banging on Texans, complaining that other people are actually buying groceries – in the grocery store, taking photos of dog poop bags left on the trails and people not staying inside the parking lines.

For any number of reasons, it has not been an easy summer.

The one-way Elk Avenue configuration, which I thought was a good idea for the second summer in a row, seems to have added to the stress. Fewer employees, but more seats, is a tough equation. I’m sort of hoping the council reconsiders for next year.

Add to that the town’s new parking program where people see empty parking spaces on public rights-of-way a block from Elk Avenue but are threatened with a sign indicating towing is possible and a ticket is likely, and it doesn’t really add up. Plus, if a family is lucky enough to score a parking spot on Elk for dinner, chances are it will be a tough two-hour timeframe given the wait situation at the restaurants. There definitely isn’t much time to stroll Elk after dinner without worrying about a ticket so that hurts the retailers. I hope that is all really reconsidered by the council as well.

The local housing crisis that is happening everywhere in the West is a constant burn throughout our valley. People are rightfully wondering what their future holds in this place, as most any rental situation is precarious. That is not relaxing.

A “Community Preservation Fee” being pushed by Crested Butte town staff is the latest attempt at the old “Empty House Tax” that sort of petered out just as the coronavirus was getting started last year. Like it or not, purposeful or not, the initiative had put out the ‘us versus them’ vibe between second homeowners and year-round locals. It was like those in the town and on the council pushing the tax saw second homeowners as a commodity while those opposed viewed them as community.

But at Tuesday night’s public discussion there actually seemed to be common collaborative ground possible. Miracles are made when people put the effort in to actually communicate face-to-face. It was a ray of sunshine in the monsoon.

I’ve always used the three-legged stool metaphor when characterizing the community. There are the year-round locals, second homeowners and tourists. Each is important and should be in balance, which isn’t the case right now. So the conversation taking place is an important one but seemed more than skewed to one possible solution — taxing second homeowners who can’t vote on a tax increase on their property but will have to pay it if approved. Based on Tuesday’s discussion, I’d guess there is real potential to get those impacted with a mandatory tax on board for the general concept of restoring community balance. It’s finding the sweet spot of reasonableness and tightening up what any money would be used for. Another meeting on the topic will happen next Tuesday but hopefully more face-to-face communication will happen between now and then.

And I’d be remiss not to address the recent ‘angry drama’ over the Busted in the Butte column. In what would have been forgotten by the following week, some people were so offended by a characterization in Busted that they are keeping the issue alive with more letters and an official complaint that has been filed with the town. Fair enough.

It seems obvious that the paint retaliation on a vehicle by an out-of-towner was an unacceptable, out-of-scale response to the initial incident that was started by some local July 4 party participants spraying people passing by the party whether they wanted to play or not. The escalation that ended with what I’d interpret as a guy that appears to have some anger management issues certainly got out of hand with the paint. I understand that the marshals are in the process of charging the paint thrower given that out-of-scale escalation. Seems like everyone is on the same page with that. Add in the presence of young kids witnessing some wildly inappropriate behavior and you have the obvious makings of an ugly incident on every account.

The characterization of the situation in the column was probably exaggerated to make a point that all actions have consequences and those consequences can be over the top, especially when alcohol is involved. Of course, not everyone involved had been drinking and some people at the party took great offense at the implication.

Which brings us to the point where some are calling for Busted to take out any edginess and basically run it as a list of speeding citations. While not always delicate, the column keeps general anonymity to not hold named individuals up to ridicule. Part of Crested Butte being perceived as an edgy, end of the road place, means sometimes being caught in the edginess. Is that fair? Not always. While I can take being made fun of, there are people who have a harder time with it. Still, while perhaps there is now more awareness on every side with this particular kerfuffle, I would hope the community supports keeping the less vanilla Busted. I do. That too might be considered old school community preservation.

Look, everything seems on edge at the moment. The afternoon hail and thunder seem a reflection of chaos most of us feel right now. I truly think it will all take a step back from the cliff when school starts up in a few weeks. So, until that slowdown, let’s take that end of the summer breath and try to maintain for another couple weeks. Empathy instead of anger goes a long way this time in the season to begin restoring balance.

While the first few weeks of the monsoons came with the constant mantra of “we need the rain,” I think we’re all ready for some perfect summer days with sunshine. They are on the way. So is getting some of our time back. Finding the balance up here at 9,000 feet is important. Hang in there everyone…