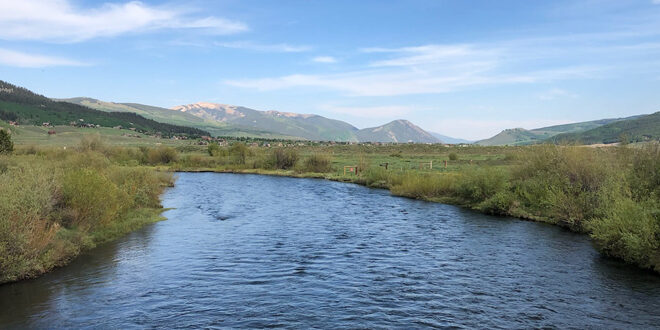 Feeling to go “old school Crested Butte” and work together

A general softening from both sides over a so-called Community Preservation Fee appeared to take place at the Crested Butte town council discussion Tuesday night. After listening to both Crested Butte second homeowners and to Crested Butte locals struggling to secure long-term living situations, common ground was reached that perhaps an empty house tax wasn’t the best and only way to fund a slew of items suggested by the staff. Instead, a “reasonable fee” could be accepted by those who don’t live in Crested Butte year-round to help finance more housing stock.
More detailed discussion on what would be considered a reasonable fee, likely in the form of an empty house tax, what the money would be specifically used for and how long the fee would be in existence will take place on Tuesday, August 10 at 6 p.m. Whether to ask voters to also approve a sales tax increase on the same November ballot will also be discussed.
Crested Butte community development director Troy Russ and town finance director Rob Zillioux made a lengthy PowerPoint presentation on the benefits of forming a Community Preservation Fund financed primarily through an empty house tax and how such policy adjustments would “preserve the essence of Crested Butte community.”
They pointed out the rapidly increasing housing prices compared to relatively stagnant wages has put a free market house in the North Valley out of reach for working locals. They said 2012 was the last year an average worker could reasonably afford a place in town. They postulated that by charging an empty house tax, some units on the lower end, for example condominiums and mobile homes, would be sold instead of the owners paying the tax and a portion of those units could end up being sold back to working locals.
“We want people to be able to live, work and raise a family here,” said Russ. “The market won’t allow that so government has to create a policy.”
Of all the funding options that included a property tax increase, a sales tax increase, an increase in the short-term rental excise tax, or using a bond issue to obtain funds, Zillioux said the Community Preservation Fee was the only one that addressed that big picture and went beyond raising revenue.
“No other policy change has been identified to influence the market and this one does,” said Russ.

Behind the scenes action?
Cass Rea said he and a group of locals have just recently formed a non-profit organization with the intention to focus on the housing problem. “I see both sides of this,” he said. “With this new non-profit, we are prepared to help facilitate this. Think of it as an ambassador. This discussion tonight is the best I’ve seen in years. We really are ready to meet you (second homeowners) halfway even if someone was mean to you on Facebook. So let’s talk.”
Kyleena Falzone said she too had been working on the issue and been meeting with possible investors interested in helping. “We are close to a possible short term solution,” she said. “This tax idea is a little dangerous. Be careful with that idea. There is a group that wants to help and is ready to make a substantial contribution. There are so many smart, creative, CEO types out there that love this place. There’s no need to be divisive. There are people that are ready and want to help. They understand the situation and want to go out with their friends to restaurants. Don’t push them away.”
“I do fear the tax could create more divisiveness and we don’t need more of that,” said Martha Keene. “We all here need to keep the conversations going and help raise awareness. It’s been a great conversation tonight but a lot of people need more education.”

Council feedback
Councilmembers all expressed gratitude for the dialogue and particularly the work put in by the Spencers.
Councilmember Mona Merrill said she liked the idea of a second homeowner liaison to the council.
Councilmember Will Dujardin said he hoped the word “divisive” could stop being used. He appreciated the Spencer information and was pleased to see some second homeowners could get on board with a fee for housing. “We can’t depend on donations but those can be used to close a gap on a project,” he said. “A fee on a house without a long-term rental is what I support. We need to give people a chance and the Community Preservation Fee does that.” He said in a spirit of collaboration he would support a sales tax question on the same November ballot as the Community Preservation Fee but wanted the money raised focused on housing.
Councilmember Jason MacMillan said getting to know what was acceptable to second homeowners was “incredibly helpful.” He said he liked the Spencer idea of leveraging the money and felt for those who might have a difficult time paying a fee. He also preferred to keep total sales tax collected in town under ten percent. It is currently at 9.4 percent. As for the Community Preservation Fee he said it should have a sunset and a smaller fee like $2,500 a year would be less likely to trigger legal action.
Councilmember Mallika Magner said she struggled with the idea of a sales tax increase since it was considered “regressive” and hit lower income people disproportionately. She also expressed a “distaste” for using the funds for things other than affordable housing.
Councilmember Chris Haver said he wasn’t comfortable with government trying to manipulate the free market, especially on the backs of smaller second homeowners. He too said the money should be focused on housing and again advocated for a sales tax that would impact a broader community. “It is important to do this collaboratively,” he said.
Councilwoman Jasmine Whelan said she wanted a reasonable fee but it had to be large enough to make an impact. She indicated the $5,000 figure might work. She said there was a lot to talk about at the next work session including state tax law, potential exemptions and the scope of the spending.
Mayor Jim Schmidt advocated for a sales tax increase that could be exempt for groceries. He said he was encouraged by the ideas presented about potential second homeowner initiatives and fundraising. “As far as the empty house tax, I just don’t think it is fair,” he said. “A sales tax is paid by people living outside town and this is a regional problem.” He also said details of what the money would be used for had to be very specific.
Town manager Dara MacDonald said if the council wanted to proceed with a ballot issue, the latest date to have language settled would be at the August 16 council meeting.