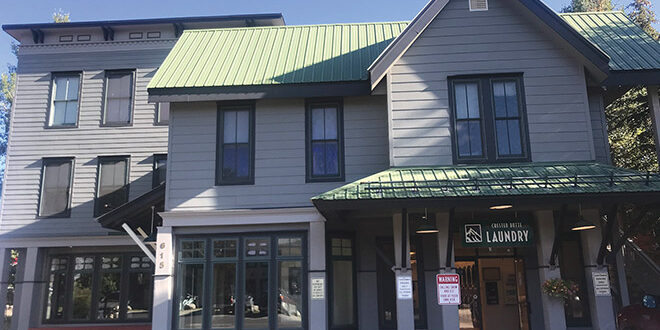 Initial feedback from local officials over the idea of using the former Crested Butte Hostel for affordable housing has been positive. Meetings were held this week between the private investor group that put the hostel under contract and representatives of the town of Crested Butte and the Gunnison Valley Regional Housing Authority. The investor group is comprised of some local second homeowners and Crested Butte businessperson Kyleena Falzone.

“The meetings were fantastic and everyone is excited about the opportunity we have with the property,” explained Falzone. “The next step is to meet with local businesses and see if they will step up and help fill the rooms with their employees. We will hold a series of meetings early next week at the Stash to get input and feedback from employers. We want to figure out how to make this work for them.”

GVRHA executive director Jennifer Kermode said opportunities like this are rare. Having a property so suited for local housing come on the market does not happen often. Figuring out the best way to set up the partnership is the next step for the Housing Authority.

“The meeting with the anticipated partners for the purchase and operation of the CB Hostel was an energetic one,” Kermode said. “Volumes of ideas were generated on how to convert this property into a successful and desirable workforce housing residence. Representatives from the Town of CB, second home residents, local employers and the GVRHA began to solidify how a formal partnership could be crafted. One of the many attractive ideas discussed was for employers to master-lease rooms from the GVRHA to house their employees. This could lower the management burden on the GVRHA and increase the financial feasibility of launching the partnership.”

From the Housing Authority perspective, Kermode said the next steps are to design a partnership agreement with the purchasers to lease back the hostel and a management plan that meets the goals of all of the partners.

Business feedback and commitment being sought
Falzone is inviting local business representatives to meet with her next week and brainstorm ideas for the building.
“If you are a Crested Butte business interested in securing in-town affordable housing for your employees before the start of ski season, please come to The Red Room located under Secret Stash Pizza this coming Monday, Tuesday and Wednesday (August 30 – September 1) between 11 a.m. and 3 p.m.,” said Falzone. “Your ability to reserve housing and talk about details for your employees will take place at these meeting times. We are looking for ways to get your employees living in town so they can walk to work and be part of the community.”

The hostel is located at 615 Teocalli Avenue and is currently owned by Eleven Experience. It was listed for $6 million and includes 14 dormitory style rooms and two two-bedroom apartments. There would be a shared kitchen and large common living spaces. Falzone is looking for a paid live-in caretaker to reside in one of the apartments.

The town of Crested Butte sees the hostel as a great opportunity for workforce housing in town. “The effort by these individuals to assist with solving some of the most pressing housing needs is appreciated,” said Crested Butte town manager Dara MacDonald. “Private sector efforts could be a powerful tool in addressing the shortage of rental units available for the local workforce.”

Because the facility is situated in the T-zone, some changes to town regulations might be necessary to allow for long-term rentals in the building, similar to what was done to allow the former Ruby Bed and Breakfast to be used for workforce housing (see page 14). “We are exploring modifications to the municipal code that would be necessary to accommodate their proposed use of the property,” explained MacDonald. “I expect the Town Council will be discussing code changes during their meeting on September 7.”

Falzone said the goal is get a roof over the heads of people working in Crested Butte and she wants the hostel be an attractive and interesting place to live. The initial idea is to have a minimum of two people in each hostel room with a maximum of four persons. She said the hope is to have the GVRHA manage the space and there would be some restrictions such as not allowing pets to live there. The renters would have to prove they are working in a brick-and-mortar business. The preliminary thought is to rent the space at $400/month for each person but that would be part of the feedback expected during next week’s meetings with local businesses.

“We are under a pretty quick deadline with the seller,” said Falzone. “So we want to figure this out quickly. That’s why the meetings with businesses next week are so important. I don’t know everyone who might want this so I hope anyone that’s interested comes by the Red Room next week. This is a great chance to secure housing for workers.”

Kermode agreed. “We want to be certain we do it right and make this a great, affordable place where our locals feel they’re home,” concluded Kermode.