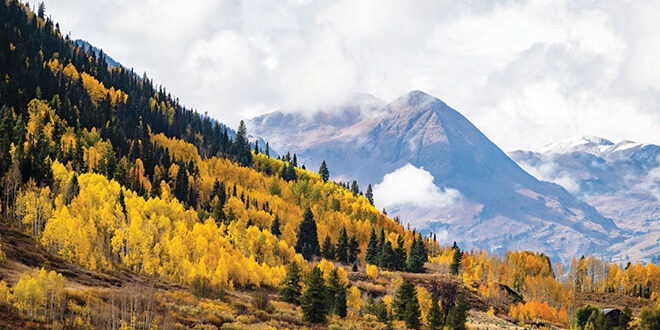 Lawsuit against the school district is…disappointing

While covering a town meeting many years ago I heard the then town attorney for Mt. Crested Butte respond to a councilmember who expressed fear that a decision they made would end up in a lawsuit by pointing out that, “This is America. Anybody can sue anyone for anything. It doesn’t matter what decision you make.”

That attorney, Rod Landwehr, was right. That’s the system we’re still in decades later and that’s still the avenue to get heard more than once with a public grievance. There’s no reason to get upset. It is what it is…

It’s sort of like when the last president kept filing lawsuits after the last election claiming the election was fraudulent. More than 50 judges, some appointed by that president, all listened to his complaints and pretty much said he was full of crap. But he had his day(s) in court. That’s how the system works…

So, when a few parents from both ends of our valley, Tomas Gomez with kids in CBCS, and Michael and McKenna Spritzer with kids in Gunnison along with David Justice filed a suit against the Gunnison Watershed School District and superintendent Leslie Nichols in District Court, it didn’t really surprise me. It was disappointing but not surprising. The school district in general has made its best effort to keep kids in the classrooms and it is clear they want them there without facemasks. The Gunnison Watershed School District was heads and tails above other school districts across the state and country in the heat of the COVID pandemic. They made it work. Our kids attended class. So, the lawsuit is…disappointing.

Justice had preached a sermon in front of the school board at the September 13 school board meeting in Crested Butte insinuating among other things that the pandemic was a hoax. The meeting resulted in the board supporting superintendent Leslie Nichols’ decision to implement an indoor mask mandate across the district. Justice later asked for an appeal hearing on the decision and after a lot of back-and-forth with the school administration that consulted with the district’s attorney, he was denied. His next course of action was a court complaint.

For the parents, it was a similar step. Gomez spoke passionately at the September 13 meeting against a mask mandate. He was upset after the vote and within a week, he and some other parents had contacted the county elections office about doing a potential recall election against the board members who voted in favor of the mandate. But nothing concrete beyond chatter has come of that and as of Tuesday of this week, no official recall action has taken place. Good.

So, while no one likes being involved in a lawsuit, those in public service are probably not surprised when they see one. That’s not a great way to go through life but it is the system.

Now it will be up to the judge to determine if the school district followed legal protocols and imposed the mandate in a proper manner. My guess is that if the judge says errors were made, the mistakes would be corrected and the mandate re-imposed given the apparent initial success of the action. Perhaps another entity would have the authority to make the decision if the court determines it isn’t the superintendent, which wouldn’t make a lot of sense since that position is ultimately responsible for school safety measures.
On the front page of last week’s paper, there was a story reporting that since the mask mandate was implemented, the number of positive COVID cases has noticeably declined. Coincidence? Perhaps…and Nichols didn’t claim the mandate was the sole reason for the improvement, but my guess is she is confident it was part of it and so to protect the overall district, she would look for a way to keep the masks.

It is the right of everyone to file a lawsuit but that doesn’t take away the disappointment factor. The fact is that the board conducted a lengthy and respectful public hearing and heard from those for and against the mandate. Everyone who wanted to be heard was included in the decision-making process. Justice got more time to speak than anyone at the public comment portion of the meeting.
Once implemented, the trend in more positive cases being found in the school district reversed itself and COVID cases declined pretty quickly and dramatically. According to studies by the Centers for Disease Control and Prevention (CSC) released at the end of September, schools without mask requirements were more likely to have virus outbreaks than schools that require students and staff to wear masks.

Despite what is claimed in the lawsuit, the children have an alternative to not attend classes with a mask and could instead take advantage of the district’s online learning program. After the mask mandate was imposed, more than a half dozen students moved to that pathway of learning. Perfect? Of course not, but there is still a weird pandemic lingering out there that isn’t yet totally under control.

Lawsuits are legit but aren’t cheap. The district will have to reallocate tax dollars from school needs to go to the lawyers defending the suit. That too is part of the system.

The school district superintendent made a thoughtful but hard decision that disappointed some parents and citizens. That is part of the system and part of life. The board backed her up after a lot of public comment. It is clear what the leaders of the school district feel is the best course of action to protect students, staff and the community and keep kids in the classroom. This lawsuit will cost us all money and seems to come from a place of some people not getting what they want. While certainly a legal path to clear up disagreements and not necessarily surprising in this new day and age, the lawsuit is…disappointing.