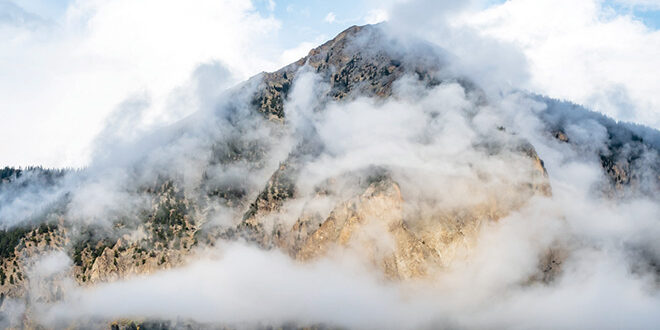 Who would argue that chocolate doesn’t taste really good? There is a bit of a mood bump and there are all different varieties with all sorts of treats included inside a good chocolate bar. But I know if that were all I ate, I’d be a 350-pound walking zit with acid reflux issues. So I think about how much chocolate I consume and try to plan for what eating chocolate does to me. I ride my bike and eat some fruits and vegetables too. Actually, eating a Brussels sprout makes the chocolate taste that much better.

The point here is that too much of any one thing comes with consequences that aren’t always good. Not thinking about what that one thing will result in, is simply not smart.

When it comes to the North Valley right now, everyone appears focused on the chocolate that is affordable housing —rightfully so as workers are forced from their rental units and businesses are struggling to find workers living close to the jobs.

There are at least three major projects being discussed for the North Valley (Whetstone, Sixth and Butte and the North Village) and all should help with what is indeed a critical housing need at the moment. While I don’t think anyone “deserves” to live in Crested Butte I do believe it is in everyone’s best interest to get a broad economic swath of people living in a place together. And I believe there are multiple benefits to people living near the place they work. Feeling secure about where one lives is a good thing as well from a human standpoint. It may not be a “right” to live here but it is, in my opinion, the right goal to have and makes Crested Butte a better place. But it only stays a better place if the effects of the increased housing are considered. What does having that much more chocolate mean for the community? Does it taste good tomorrow but turn us into a big walking zit in a year?

There is finally some public conversation emerging about the reality of dealing with the ramifications that come with more housing. Bringing in hundreds of people living in deed-restricted units on top of the increase of people buying and building free market units up and down the valley comes with impacts we cannot ignore. As we have seen, the traffic is getting more crowded everywhere. The CB Community School is beyond capacity…again. The trailheads are packed with cars. It is harder to spontaneously pop in to a restaurant for a bite to eat.

The conversation was touched on Monday at the Crested Butte council meeting. Councilmember Mona Merrill bemoaned the fact that with more and more density being discussed, we are morphing from small town to small city. Town community development director Troy Russ called it the danger of ‘incrementalism’ where good individual projects add up to have cumulative unintended consequences, some of them not so good.

So that leads to the needed discussion to not just throw deed restricted housing at every empty space north of Round Mountain from wetlands to alleys to empty fields. Is there a limit to the number of people that can comfortably live here? Are actions being taken to bring along the needed infrastructure to accommodate that new density? If not, it’s a mistake.

Again — where does the new school building at this end of the valley go? I’d suggest the Corner at Brush Creek. Who pays for better trailheads including needed parking and signage? The Tourism and Prosperity Partnership is doing some of that now and I’d look for ways to maximize their contributions even more. Where are the lift ops going to sleep? I’d say Vail Resorts with its fat bank account should purchase existing units or property and put the workers in places where they can walk to the ski area. Using public-private partnerships to look at the big picture can lead to a unique future. The evidence is in the success of the Crested Butte Conservation Corps and our backcountry mitigation. More of that is needed right now. The hostel effort is another potential success.

Housing is important but so is a public amenity like another playing field for the kids who will eventually live in that housing. There were rumblings Monday that Mt. Crested Butte was making decisions about the future without talking to their partners and that decision would end up bloating them on chocolate and forcing their partners to again provide the mitigation for eating too much. Instead of using a parcel everyone had labeled as being for a recreation facility like a soccer field, word was that it was now being looked at for more housing. The confusion again showed the need for good partnerships.

The initial conclusion Monday evening seemed to be that active regional collaboration was the best next step. It’s not all about stuffing more workers in a bed so they can wait in line at the CB Post Office between shifts – it’s about working together to give all of the people who want to live and work and visit here a real quality of life. To give them something different than the other places struggling with the same issues. That’s what they deserve. To achieve that means thinking about capacity and taking action that not just brings more people here but provides a place that people want to live. It means eating more than just chocolate and doing the things like consuming the occasional Brussels sprout so that the chocolate tastes even better. 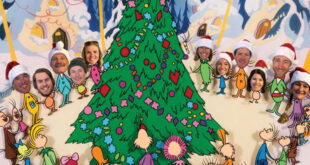