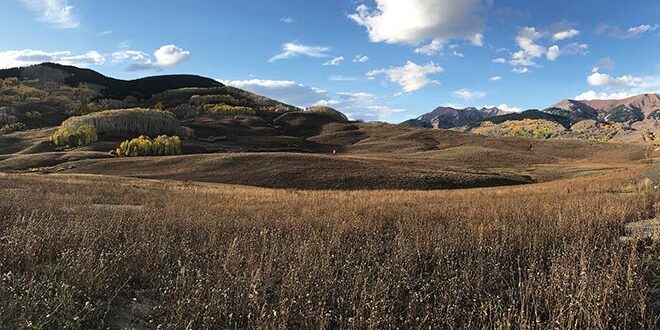 Concern we are turning into a “small city…”

While wanting to be sure a supportive tone was conveyed to their potential partners in North Valley affordable housing, the Crested Butte town council and staff are looking to strike the right chord when talking about workforce housing and development with Gunnison County and Mt. Crested Butte that includes sharing information and data along with big picture discussions over impacts of additional growth.

A lengthy council discussion was held Monday over two draft letters coming from the town and addressing proposed developments — the Gunnison County Whetstone project south of town and the North Village project in Mt. Crested Butte. Some council members felt the drafts were too aggressive and didn’t convey a collaborative enough tone.

“My main suggestion of the Whetstone letter is to show more positive support for the project,” suggested councilmember Ian Billick. “I am personally strongly in support of seeing that project go forward.”

Crested Butte community development director Troy Russ said one purpose for the letter was to make sure the county understood that the town wanted to be an active participant in planning and sharing thoughts about the project as it evolved and also wanted broader discussions about development impacts. “We tried to communicate our support but wanted to be clear that we hope the county will participate in actively dealing with the cumulative impacts of all the proposed projects including this one, our Sixth and Butte proposal and the North Village that are all in the works in the North Valley.”

Town manager Dara MacDonald said the staff wanted to bring up the issues that the town will be focusing on that ultimately impact everyone’s quality of life. The letter specifically asked the county to acknowledge potential negative impacts of cumulative growth on the North Valley, “and commit to participating in regional planning with Crested Butte, Mt. Crested Butte and all the North Valley partners to shape strategies, commit resources and take action to mitigate anticipated impacts from the cumulative growth coming to the valley.”

North Village explanations
But it was the draft comment letter over the North Village that garnered the most discussion. Because Billick is the executive director of the Rocky Mountain Biological Laboratory and a RMBL campus is part of the North Village design concept, Billick recused himself from Monday’s discussion.

In the same vein as the Whetstone letter, the staff draft raised concerns that despite a 500-page conceptual planning document, there was a lack of information available and asked that impacts of the proposed development not be brushed aside. Like has been brought up by citizens in recent Mt. Crested Butte planning commission meetings, the town’s draft letter expressed concern over traffic impacts, water and sewer capacity and density issues. The letter also brought up dismay over what appeared to be lack of recreation amenities, no discussion of impact to the school and the need for more affordable housing.

“When it comes to something like the transportations study, it focused on four points north of the base area in Mt. Crested Butte,” said Russ. “No traffic impact was considered downstream for Crested Butte and that’s unusual. We believe we have some right to get data and comment on things like traffic that directly impact this town.”

Expressing his opinion that the proposed letter was “very aggressive,” North Village project manager Crockett Farnell said he wanted to offer the town council and staff some “clarity” to the points brought up in the letter. He said the development team followed the direct request of the Mt. Crested Butte town staff when conducting the traffic survey. “We fulfilled what they requested of us,” he said. “The projected 8,000 trips is based on the peak time of the Fourth of July in the middle of the day with everything built out up there. It counts every human living there making 10 trips a day. It is a big number, but it is not happening every day.”

Farnell emphasized that the property is currently approved for 1,800 residential units and the developer is bringing that down to a maximum 700 residential units and a revised 200 potential hotel rooms. “My client is willing to take the financial risk of reducing the number from 1,800 possible units to no more than 700,” Farnell explained. “That’s about a 50-percent reduction from what is allowed to be built up there now.”

He said he has been in regular discussion with Mountain Express managing director Jeremy Herzog on how best to service the area with buses. He emphasized that the Mt. Crested Butte Water and Sanitation District officials have said there is more than enough capacity to service the development and in fact was prepared to handle the much higher density project with both water and sewer.
As for the 17 affordable housing units that people keep saying are not adequate, Farnell explained that that number is from a previous deal and there would be a lot more workforce housing. Under the 700 residential unit proposal, more than 100 of the entire 700 would be deed restricted based on town code. “In addition, we are working with the Valley Housing Fund for an additional project for workforce housing that would go above and beyond the town requirements,” Farnell said.

Jim Starr of the Valley Housing Fund said he too felt the draft letter was too negative and was impressed that a developer was “engaged to get affordable housing built on the ground beyond what was expected under town rules. That’s unique,” he said.

Farnell explained that under previous annexation transactions, the 17 acres owned by the town of Mt. Crested Butte where the campsites are basically located, is obligated to be dedicated to open space and recreation, including the construction of a playing field. “We have an extensive trail system open to the public planned. Plus, the 17 acres of land along with about $2.9 million was given to the town from CBMR as an offset for recreational mitigation for future development in that site,” he said. “The town is responsible for that as a result of a previously negotiated deal.”

Town manager Dara MacDonald said that doesn’t seem to be the position of the Mt. Crested Butte officials. “In the last week I’ve heard the town manager and mayor both say they don’t intend to use that 17-acres for recreational purposes but instead they will use it for affordable housing,” she said. “We all know housing is great and an immediate need but again, it comes with impacts that need mitigation.”

Farnell raised an eyebrow at the suggestion the land use could simply be changed. “That actually would be a very, very complicated discussion,” he said. “That land is contractually bound to be used for recreation and open space.”

Contacted Tuesday, Mt. Crested Butte town manager Isa Reeb indicated the town was not under an obligation to use the land for recreation and it could instead be used for public benefit. “The 17 acres ‘Parcel F’ was part of an annexation agreement in 2001 and slated for the ski area to build a softball field at that time,” she explained in an email. “This agreement has been amended five times; with the fifth amendment demonstrating that the obligation to build this field was satisfied; and therefore that obligation no longer exists. Therefore, Parcel F can be rezoned for any use that is deemed to be a public benefit, which will be identified in the upcoming Master Plan.

“Our Master Plan public engagement process overwhelmingly generated three main focus areas: local workforce housing, base area activation, and preservation of the environment,” Reeb continued. “When we asked for feedback on a ball field, there was universal agreement from the public that it was not a proper use for our Town, especially given the impact on traffic and water; therefore was contrary to the goal of preserving the environment. The Master Plan is not yet finalized, as we are still working through our economic analysis, transportation analysis, population analysis, and options for where to focus the list of community priorities, balanced with the needs of businesses and visitors. Currently, since the Town owns Parcel F, it is relatively flat in a large area and is immediately available for development, one of the options shows local workforce housing as an element of that property.”

Big picture is important
Farnell echoed the call for the need to work regionally. “The big takeaway is that we all need to engage in a regional manner and things like transit are a big part of it,” he said. “We all need to be engaged with the mountain (CMBR) and the county.” He said his development team was always available to meet with the town council or staff to answer questions and discuss concerns.

RMBL chief operating officer Kelly Sudderth said the lab has the same anxiety as the community over growth, especially with things like increased tourist impacts and transit. “RMBL concluded it was happy to see the reduction of unit density and the mitigation efforts included in the plan,” she said. “We see this as a promising opportunity.”

“I’ll go back to my Whoa! comment from last meeting,” said councilmember Mona Merrill. “It feels like we’ll need four lanes on our one main road if all these things come through. We’re becoming less a small town and more a small city. We need to be honest in all these discussions. I don’t have the answers, but we need to realize the impacts of this growth on the town.”

“Incrementalism is the biggest threat,” agreed Russ. “Well-intended concepts that don’t look at the big impacts change things. Whether it is Sixth and Butte, North Village, Whetstone. We know there will be impacts to things like transit and we need the time to study what those will be.”

Councilmember Chris Haver said he appreciated the goal of the letters but said a softer tone was more appropriate. “I read both letters and thought they were too aggressive. Our image for a long time has been this is the Town of No,” he said. “We want to be supportive of both projects and want them to go forward but we do need to look at all the other issues holistically. We need to determine collaborative goals in the North Valley and address things like traffic and school impacts.”

“We have talked about how we can’t build our way out of the housing crisis,” added councilmember Jasmine Whelan. “Any development brings more people and more pressures so the conversation over impacts is important.”

MacDonald agreed with Haver that the tone of the letters could be softened and the narrative changed to emphasize the need for more collaboration.

“We can work on the tone but want to make sure we focus on what impacts us and not get into Mt. Crested Butte’s business,” said Russ. “Still, we all need to be aware of unintended consequences of all these projects. I want more data so we can come up with a regional plan together.”

MacDonald said the relationship shift between partners has to include more and earlier communication.
Staff will rewrite the letters and mayor Jim Schmidt will review them before they are sent out this week.