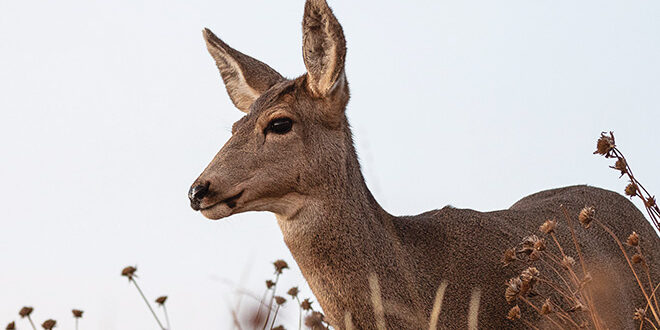 Lord knows change is constant, but I sort of like the autumns where things don’t change until the last minute and the flip switches from biking to skiing in a couple of days. In the past, those have been some of the deepest ski seasons. We are hopefully setting up for that kind of winter.

On the political and psychological level, change is coming fast and furious so we threw out some quick questions on some hot topics to see what was up. We’re still not sure but we might have a little better idea of what’s on the horizon…

As I wrote to a Vail Resorts communications person on Tuesday afternoon, I received a couple of texts from Mt. CB businesspeople saying they had heard CBMR was postponing its opening until December 3. Normally I wouldn’t even follow up on that but since the lifts are supposed to start in less than a week and it’s about 50 degrees in CB and heading toward 60 in Gunnison, I thought I’d ask the quick question. “We’re currently still scheduled to open on the 24th,” was the response. “Currently” being the operative word. Looking at the phone forecast I assume the opening day ribbon of snow will be interesting.

USFS Gunnison District Ranger Matt McCombs will be moving on from the valley professionally after having a big impact during his time here. He seemed to not only get this place but embrace it. This week he was offered the job as Colorado’s next State Forester and Director of the Colorado State Forest Service. He will be transitioning to the new job in early January.

I asked him if in the vibe of Hotel California he was ready to check out but understand he can never really leave this place. “The Gunnison Country quietly seeps into one’s bones,” he admitted. “Though this next step is a zenith in my land management career for which I am deeply honored and excited for, I’m already preparing myself for the stark yearning I know I’ll feel dreaming of sunsets over Whetstone, Axtell and Emmons.”

Given some of the rancor taking place over school district issues and the number of letters we received at the paper this week asking the plaintiffs to drop a lawsuit against the Gunnison Watershed School District over its mask mandate, I thought I’d ask the quick question if they had any inclination to drop the court action. David Justice did not respond but Tomas Gomez said, “Not at this time.”

There seems a divide on whether to continue the reconfiguration of Elk Avenue that makes it one-way in the summer to provide restaurant seating in the street. Kent Cowherd had suggested reducing the size of the street seating areas to 8 feet instead of 12 feet. I asked Crested Butte’s community development director Troy Russ if that would work. “There would be room for traffic,” he said. “That configuration would be the same as the program I developed in Louisville, CO. That said, the design would likely require patios, as the curb and the stepdown of a parklet would consume usable space and render the areas likely too small. But with patios that level with the curb it could be a viable alternative.”

On that topic, local entrepreneur Kyleena Falzone is obviously passionate about keeping the street seating. Given her Secret Stash and Bonez success with the reconfiguration, she mentioned at Monday’s council meeting that she is getting some flack about the issue being all about her. So, I asked if it was all about her. “No. It’s about providing an interesting, vibrant Main Street during the 13 weeks of the summer tourist season. We all need that income to get through the off season.”

The new school board representative, Mandy Roberts, has taken some flack and been accused of being a puppet for national right-wing groups with a questionable agenda. We asked her if she was. “My representation is to God, family, church and now the school board,” she said. “I will listen to all perspectives brought to me for consideration.”

I saw that an old roadbed that goes from the Paradise Park subdivision by the Rec Path bridge out to the McCormick Ranch bridge had a sign that people could use it. So I hopped on my townie Monday and took a little ride to check it out. It was a tad muddy but definitely a roadbed that was a short but scenic way to get from bridge to bridge. I asked the owners of the property why it was open to the public. The Martens have voiced support to close the road leading from Elk Avenue to that McCormick Ranch bridge given wildlife concerns and have suggested people use that roadbed instead. “Ryan and I continue to believe that we need to and can balance use on our property,” responded Wynn. “Shifting access around is part of our proposal.” I’d guess that alternative might be brought up in the coming spring when people start looking for ways to get to Tony’s Trail.

CB mayor Jim Schmidt showed up at his last meeting Monday with a big bruise that got bigger the longer he presided over the meeting. What happened? “Ruth was being attacked by a bear that I had to fight off.” Really? “No. I tripped and did a face plant on the rocks going to the car before the council meeting.” Ouch.

COVID numbers in the county are pretty low with an average of 31 positive cases reported in the last two weeks. Our friends over the hill in Pitkin County adopted a winter mitigation COVID-19 plan last week. We asked our local health officials if such an official “plan” was being deliberated for here. “Gunnison County is not currently working on additional winter mitigation strategies,” said county public information officer Loren Ahonen. “However, we do support all efforts to remind folks that continuing to seek vaccination is crucial to minimizing the threat and spread of COVID-19. Largely our higher rates of vaccination and a willingness of much of the community to be mindful of basic mitigation measures certainly help the cause.”

Public Health director Joni Reynolds agreed. “We have seen the numbers fluctuate in the past several weeks, but we have not gone down to historical lowest levels. I do think the continued messaging and reporting has helped keep the community informed. I also really appreciate all of the work done by community members, businesses and entities to reduce COVID-19 risks in the County.”

So we’re in decent shape, but have to stay aware!

The Paintbrush affordable housing project in Gunnison has people moving into the new apartments but the waiting list went from hundreds to dozens when real money came into play. I asked project developer Gary Gates if he had any worries about filling the 77 new units. “We have no worries about filling the spots. It’s a little slower because of the documentation it takes due to the deed restrictions,” he said. “Once filled, then it shouldn’t be a problem and we do 3-4 showings a day.”

While the guy who first started the new wave of buying up Elk Avenue commercial property hasn’t sat down for a coffee with me to chat about his connection and plan for the place (which is his option, but I like putting Mark Walter out there lightheartedly almost as much as giving Mt. Crested Butte a hard time for not putting their public meetings on Zoom), the second guy to catch the Elk Avenue wave did. Jeff Hermanson has been here a really long time and knows the old Crested Butte but doesn’t really want to go back there. “Change is part of life and there’s a lot of change going on here right now. But we can still impact the outcome.” True that.

The CBCS Titans soccer team won its third state title last weekend. Congrats. Is it a 2A soccer dynasty in the making? I asked head coach Than Acuff is he’s already planning for #4. “Let’s go one title at time,” he said. Good advice on almost every issue…Focus on one thing at a time.

Quick answers to quick questions certainly indicate there will be change…but I agree we can still impact the outcome as long as we stay mindful, engaged and focused. Except for maybe the ski resort thing…having enough snow, natural or manmade, is sort of up to the Universe and right now it looks like opening day will be “interesting.”