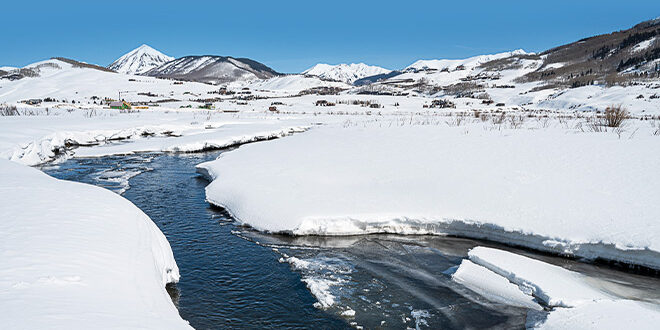 The term “legacy project” is being used around here a lot lately. The proposed new fire station campus, the Sixth and Butte affordable housing project, an expansion of the Crested Butte School, the potential Whetstone affordable housing project, the North Village. All are large building projects expected to be around for more than a few seasons. Each provides individual and collective legacies. Each will have big impacts on the Upper Valley.

The fact each is an indicator of current growth is obvious. We need more housing for workers near North Valley jobs, more classrooms to handle more students, more appropriate density in municipalities with the infrastructure to handle growth instead of more sprawl. Each project will not only address the impact we are currently seeing today as the place changes, each will also have its own major impact on the place. Each will leave its mark in the valley through size and scope. The north end of the new Crested Butte town boundary for example will be very different as very large buildings will eventually mark the town boundary in the Gothic corridor.

I’ve always argued that change is inevitable and not all bad and advocated that the least we can do is actively participate in shaping the change. That is all happening and happening fast. The Crested Butte council is making it obvious that active climate change mitigation is a top priority with how it will guide change. That was made extremely clear with its reaction to the fire station proposal and the Sixth and Butte development proposals, some of which didn’t make the cut given the lack of attention to sustainability. The Mt. Crested Butte council is pivoting to refocus on its priorities instead of the town staff priorities. It appears that likely means focusing on things such as affordable housing instead of a base area master plan that was tilting at windmills. The county is methodically setting up its goal to clear the way for 200 or so workforce housing units on the Whetstone parcel that isn’t tangled up with other government entity partners.

For me, the constant refrain is that any project, legacy-sized or not, needs to take into account the various impacts the project will have on all of us. That’s not to say that every impact of every project needs to be mitigated 100% at the outset but it is foolish to blindly plow ahead and not consider consequences of what developers (including the local governments) consider “progress.” And frankly, the worst-case scenario is to become so tripped up in the weeds that nothing is ever started. But, no matter how well intentioned a project, it should be done honestly and with respect to those that will feel the effects after it is done. We should all engage in shaping the inevitable change and a big guiding light should be to maintain small town values and not become more of a citified resort at 9,000 feet.

Anyway…walking the dog this morning, I see the geese are back in the valley along with the Great Blue Herons. The Slate River is beginning its early spring pop. Soon the deer will meander into the wetlands and life as it is now will change into its warm, summer coat. That led me to a quick thought: It is in our common moral interests to also be sure we respect our natural neighbors as we decide on “progress” no matter how well intentioned. It sounds a small thing, but it isn’t for if we screw that up, the legacy we leave will not be one in which we can have pride.

As I always advocate — we need to do things differently from other places. If we don’t want to be like Breckenridge, don’t make the same choices Breckenridge did.

Change will come. We can help guide it. But we must do so with thought and respect and consider not just what is best for our businesses and friends but for our broader community…and that includes the herons and geese and deer.