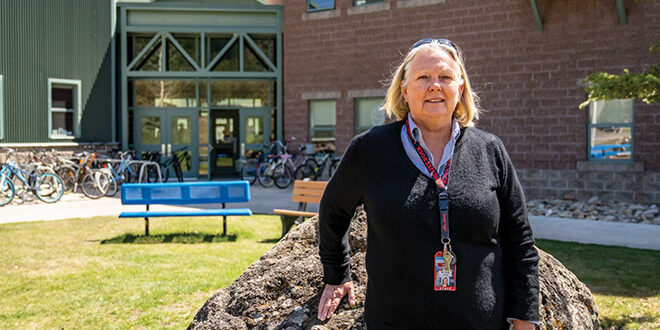 School’s out for Stephanie Niemi:

When the last bell rings and the class of 2022 has walked, Crested Butte Community School principal Stephanie Niemi will have a lot more time on her hands to enjoy her well-earned retirement after both teaching and leading for the past 25 years. She arrived in the Gunnison Valley in the summer of 1997 when her husband Bill took a position as professor of political science with Western State College (now Western Colorado University).

Hailing from California, Stephanie’s career choice was influenced by her father, who was an art historian professor at Cal Poly, and her mother who was an elementary school teacher. Stephanie’s first teaching job was inner-city, south-central Los Angeles, where she was an educator for nine years. “We were a school that was 97% free or reduced. You have kids whose last full meal would be Friday afternoon at school and their first full meal was Monday morning breakfast at school. They were coming from extreme poverty. I was there for the L.A. riots 30 years ago. The school was closed for weeks for that crisis.”

Stephanie had not planned on teaching when she relocated to Crested Butte. “I was thinking law school,” she explains, but she applied and got the job teaching at the new CBCS. When she first saw the new school, which had just opened that year, she recalls thinking, “What is this place? I mean, we had no windows in our classrooms in Los Angeles, we had only peepholes in the door,” she says, for safety reasons. “Here in Crested Butte, I had students who could read, parents who were involved and beautiful views.”

She taught middle and high school social studies and math, middle school life science and high school English. She also taught an introduction to law for high school, “We taught everything back then. We had six different preps every day,” she says of the lesson planning.

In 2000, the principal of CBCS left and the school asked Stephanie and Cathy Sporcich to be the “lead teachers” to get the school through the year. The school then opened the search to find a principal, but when that search failed to produce a candidate, they asked Stephanie if she would step up. “I had intended to stay a teacher. I loved teaching, because I loved the students,” she tells, but she decided to take the position. By the time she began her tenure as principal in 2001, she says, she had a good feel for the very different culture of the school. She became principal while getting her license in 2001 and returned to college for both her licensure and master’s degree. She spent two summers in Colorado Springs in classes at the University of Colorado, then returning to work as principal during the school year while simultaneously taking online courses to complete her degree.

“The school was brand new and there were growing pains early on. I went through all Patti Bippus’ notes, who was the first principal, just trying to understand what direction she wanted to take the new school,” Stephanie says, and she also brought some ideas of her own from her experience teaching in L.A. “We’ve made some changes and continue to grow as the school has grown.”

Stephanie was in negotiations last week which saw an increase for teachers’ salaries, but not enough to match the rising costs of living in this valley, “The state funding is sorely lacking. As CB becomes more and more expensive, it’s going to become more difficult to attract and retain great teachers and administrators. Eighty percent of our budget is people. We’re not funded by the state for a livable salary. This district would love nothing more than to pay its teachers a livable salary, but the state is not supporting such,” she says and notes that it’s because of the TABOR amendment. “At the bottom of the salary base, first year of teaching is just now reaching roughly $40,000. People can’t live on that in Crested Butte,” she notes.

In 2003, Stephanie and Bill had their son Aiden. “Becoming a parent was the best thing I have ever done in my life. It made me a better principal. Your heart just becomes bigger.” As principal with Aiden in school from kindergarten through 12th grade, Stephanie laughs that it was, “A curse or a blessing, depending on the day. When he graduated, I didn’t know whether to sign his diploma as ‘Mom’ or as Stephanie Niemi, Principal.”

Some of Stephanie’s most memorable experiences are all about the community and school. “It’s the amazing people here, the relationships you form with them. There are great parents, staff and students here. It’s not about things, it’s about the amazing people. When we work together, it’s just magic. Every year we have these graduations and I look around and think, yep, we did it, they’re going to have choices because we laid the foundation together for them. And that’s what we want to sustain.”

Stephanie’s message concerning the future of CBCS is a concern for keeping the school as exceptional as it is, and beyond. “Funding is a big deal, not just for the staff, but we want to ensure excellent and innovative programing. Our teachers are really serious intellectuals, many with master’s degrees, 82% of our teachers have master’s or are in a graduate degree program. These are people who are interested in learning themselves and want to perfect their craft, and in turn, kids graduate and have choices in colleges and careers, whether it’s creative writing or the building program, it opens doors. The more skills and knowledge they have will allow them to be able to solve real world problems. We need them,” she says of the students.

So, what will Stephanie do with all her free time in retirement? “First, I’m going to breathe and relax,” she smiles, but admits, she hasn’t gotten quite that far in her plans yet. “I’ve tossed around everything from grad school to growing a garden to a wine bar,” says the avid wine connoisseur. “I just honestly haven’t had time to think about it yet, but I’m not going to be sitting around at home. I need to be engaged and giving” (Head’s up to all organizations who need a fabulous volunteer).

But as Stephanie reflects on her two-and-a-half decades of teaching and leading at CBCS she feels, “My work has been a labor of love and I’m really proud of the people I’ve worked with. It’s not about me, it’s about the team.”

Congratulations Stephanie, and a very heartfelt thank you from your community. 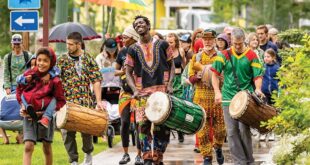 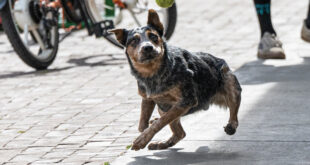 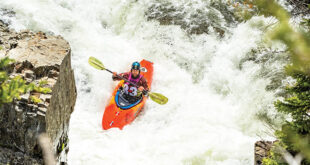 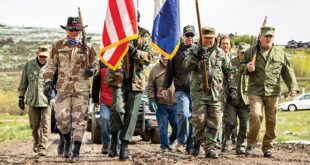