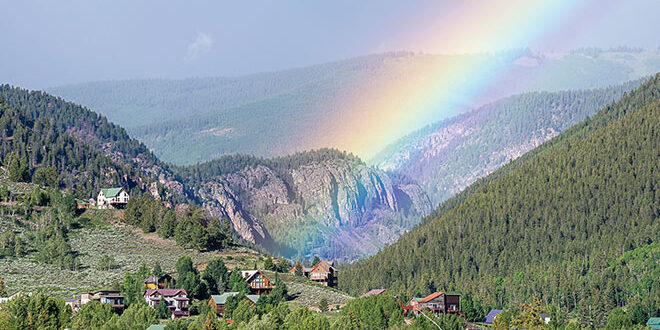 Which America? The America here in Colorado (or Oregon or Nevada) where women still have the right to make choices over their bodies and their future? Or the America in South Dakota and Alabama and Missouri that outlaws anyone from performing an abortion or providing a woman with drugs that could cause one for any reason, including in cases of rape or incest?

Welcome to an America of South Dakotastan, Missouristan, Tennesseastan and approximately 20 other states that could easily institute laws governing and limiting your personal privacy by squashing the liberty assured all citizens in the Fourteenth Amendment of the U.S. Constitution. The Supreme Court this week appears to be saying that states can indeed prohibit personal choices over your body, your sexual practices in the privacy of your bedroom, the type of contraceptives you might use and who you might marry. Their 2022 logic appears based in the 1800s. And that can easily divide this country into reds and blues, liberals and conservatives with little common ground. That is not anything to celebrate, birthday or not.

Most of the conservative judges supporting the majority opinion of the Supreme Court’s ruling in last week’s Dobbs v. Jackson Women’s Health Organization that threw out the 50-year Roe v. Wade precedent said not to worry about this decision bleeding into other personal privacy issues since last week’s ruling was applicable only to abortion. Yeah. And several of them swore under oath during their confirmation hearings that they considered Roe as settled law not to be completely overturned, so take whatever they say with a grain of bitter salt.

And know that Justice Clarence Thomas, an advocate of originalist theory when it comes to the Constitution, actually disagreed with that idea and invited the court to roll back other current rights based in similar law basically because previous court decisions over issues like contraception, and gay marriage were “demonstrably erroneous” and the ratifiers of the Fourteenth Amendment did not specifically mention things like contraception and gay marriage.

Justices Stephen Breyer, Sonia Sotomayor, and Elena Kagan pointed out in their dissent of Dobbs that the logic of the majority is flimsy at best. They wondered aloud why the court could overturn a long-time right reviewed many times and upheld by the court for decades but promise the same legal philosophy won’t be used for other issues. The dissenters point out that the majority contend that state legislatures should have the ultimate authority with such a law but ask what their decision would be if New York and California chose to ban all guns. We all know the answer since the same six justices just overturned a 1911 New York state law making it a crime to carry a concealed firearm without a license that had certain bars to meet. The dissenters claim that by staying stuck in an originalist viewpoint, women will always have fewer rights than men.

The judges in the minority pointedly make clear that despite the majority’s flimsy argument, “’people’ did not ratify the Fourteenth Amendment. Men did. So it is perhaps not so surprising that the ratifiers were not perfectly attuned to the importance of reproductive rights for women’s liberty, or for their capacity to participate as equal members of our Nation. Indeed, the ratifiers—both in 1868 and when the original Constitution was approved in 1788— did not understand women as full members of the community embraced by the phrase “We the People.”… Those responsible for the original Constitution, including the Fourteenth Amendment, did not perceive women as equals, and did not recognize women’s rights. When the majority says that we must read our foundational charter as viewed at the time of ratification (except that we may also check it against the Dark Ages), it consigns women to second-class citizenship.”

Ahhh, returning to the good old days when half the population is considered second class citizens…

Look, I don’t know many who would consider themselves fans of abortion. It is not a first choice for anyone, but everyone has their own story and unique situation, and a woman should have the freedom to make her life choices. Bill Clinton once said abortions should be “safe, legal‚— and rare.” Most agree with that sentiment. Individual women, not any individual state, should have the ability to make her own choice and deal with her own moral consequences.

And then there is January 6.

“Just say the election was corrupt and leave the rest to me and the Republican congressmen,” Trump implored top Justice Department officials in December of 2020. That was apparently just one way Donald attempted to illegally cling to power.

The idea of a president publicly pressuring federal agencies and state election officials to support a lie, stoking then watching a violent takeover of the capitol building by his supporters and doing nothing to stop it, scheming to put in a toady that agreed to let him do anything he wanted as attorney general, and continuing to repeat the Big Lie over and over and in an obvious effort to destabilize the vey foundation of democracy is frightening for the future of this country.

A president of these United States attempting to literally overthrow a free and fair democratic election is not something to celebrate. A powerful man stepping on anyone not falling for his (as Bill Barr might say) bullsh*t, from local election workers to his vice president so he could convince himself he didn’t lose is pathological.

Watching as those who have fallen for the Big Lie and believe themselves true patriots, do whatever they can to appease the ego of their supreme leader and control the next big elections, is something to be wary of now and in the next many months. The Big Lie is not going away and is embraced by many of our fellow citizens despite no evidence that it is real.

My favorite Founding Father, Benjamin Franklin answered the question from a woman in 1787 during the Constitutional Convention wondering what was produced from the gathering in Philadelphia’s Independence Hall. “A republic, madam, if you can keep it,” was his response.

“If you can keep it.” That is critical guidance today.

The flurry of recent Supreme Court decisions that seem inconsistent in their logic and based more on the personal beliefs of individual justices instead of precedent and the rule of law, along with a serious insurrection attempt on January 6 and the idea of a now former president and his minions actively scheming to overthrow a fair election makes Franklin’s answer most significant as we head into this Fourth of July weekend celebrating the Declaration of Independence.

If we can keep it.

As we are again being made aware in these turbulent times, the advancement of our freedom and democracy is rarely a straight path. But you and every citizen still have the ability to soften the curves and make sure that path does not lead over a cliff.

Consider how you want America to look in 2022, 2024, 2026. Think about where you want the future of this county to lead. Think about it…and then vote. Vote for those who will protect the foundations of this great country and support the ideal of a growing and changing America where all citizens are free and equal and have the ultimate voice in their private lives. Vote for liberty applicable to all the people in 2022, not just the men of 1868. Colorado is there more than say, South Dakota, but the red goal appears to return all 50 states to the 1800s.

If we can keep it.