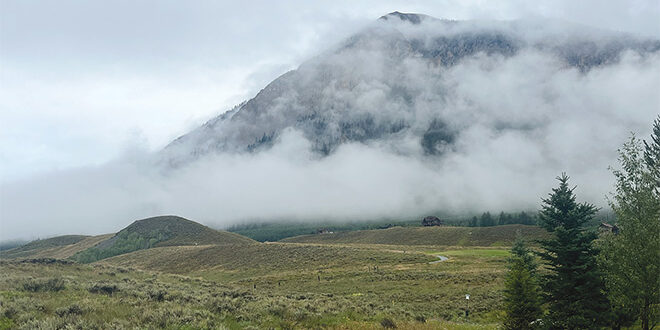 I understand why people are skittish over Mercury going retrograde (starting September 9). I get why Pitas are the favorite to be season ending softball champions this week. I understand why someone in their 90s with a full life behind them passes to the other side, but don’t understand why a 21-year-old with so much ahead of them does as well.

I really don’t understand how Trumpers can twist their brains like soft pretzels in the blazing sun and not see Donald is a divisive conman who constantly accuses the other side of things for which he seems guilty. Oh, maybe I should read the Justice letter on page 4 —or better yet, maybe David should, but with an open perspective.

Anyway…there were a few local things that baffled me this week.

One — I know we as a community are experiencing pretty flush financial times right now, but I don’t understand the Crested Butte town council and staff showing zero interest in analyzing the direct financial impact of moving away from vacation rentals in town. When discussing the update and public engagement process last Monday, they wanted to know several details about the issue and its future ramifications but money wasn’t one of them. We must have so much money, that money doesn’t matter…which is sort of our current reality. Still…

I would not expect the financial implications of perhaps eliminating or reducing the number of STRs in town to be the primary reason to not do something that could better the community, but it sure seems it should be part of the initial conversation since quick math indicates the impact would be in the high six figures (or more) for the town budget …including directly dinging the affordable housing budget line item.

But in the opening discussion about revamping Crested Butte vacation rental regulations no one asked what it would cost the town if all or some STRs were eliminated. The town receives a 7.5% vacation rental excise tax on top of the 4.5% sales tax, and so close to 12% of all rental income generated by Crested Butte STRs goes to the town budget. The 7.5% excise tax is entirely funneled to the Crested Butte Affordable Housing fund. Because an additional 2.5% was added to the previous 5% excise tax for the first time this year after the 2021 election, no one is sure how much will be collected in 2022. The ballot language basically put a 2022 cap on the excise tax revenues of $300K for the added 2.5%. Given that, town officials guesstimated that a total excise tax revenue max could be estimated to basically be about $900,000. That’s not necessarily how much will be collected this year but it’s likely the maximum for the excise tax. Then remember there is the sales tax. Whatever the end financial result, we can assume town tax revenues generated from vacation rentals will bring in significant revenue. As a mediocre math guy, I’d project something in the neighborhood of $1.3 million. Even in flush times, that’s real money for Crested Butte.

Look, I get that everyone is looking at how best to improve quality of life in Crested Butte and everyone hopes that owners of houses being used for high-end STRs will turn it into ski bum crash pads if they are no longer permitted to use them for vacation rentals, but I’d suggest that a potential million dollar hit to the town budget that helps fund workforce housing, parks, plowing and marshals should be part of the discussion. It may not change any council minds and council may rightfully choose to move away from vacation rentals in CB, but that decision comes with impacts and a big one is the town budget. That no one seemed to even think of it as they started down the path of pulling in vacation rentals that can make up 17% of the town housing stock was odd. I don’t understand that.

Two — Call it a small bump in the road that will be forgotten soon…and given the new structures in place  the recent CB South election was overall a good democratic step forward for one of the biggest population centers in the north end of the valley. But communication over a sometimes-controversial vote in the CB South subdivision was perplexing. While moving from a loosey-goosey small governing association to more of a professional run organization has hiccups, I don’t understand why CB South officials wouldn’t release election results immediately Monday evening after voting concluded before the dinner hour. It’s not like this hasn’t been an election steeped in just a little bit of controversy.

Results were finally shared on Tuesday evening 24 hours after the voting was concluded. It was initially like a TV network stopping the broadcast in a tie football game with no time left as a 45-yard field goal was headed toward the goalposts. POA officials were eventually able to inform their constituents after a little day trip but even a 24-hour delay felt like the goal was to make something that should be easy, harder than it needed to be. Someone commented how that’s so CB South these days. Election results are basically tabulated numbers that don’t change and the people that vote deserve to know those numbers when they are counted.

I figure it’s all part of the learning curve and now, the fact they have in theory figured out a way to hold objective, tight elections, seems a great improvement for the growing subdivision that attracted 10 people to run for five spots on the board. It’s getting realer out there in CB South. Knowing the new team, I figure they’ll figure it all out as they continue to evolve.

Honestly, the weirdest thing about the CB South election is the requirement that passing an affirmative vote to change stuff takes not just a majority of the votes cast but a majority based on the number of all eligible voters. That’s close to impossible and starts every issue with 900 “no” votes. Not voting is an actual no vote. I don’t understand!

Three — I don’t understand why the Crested Butte Post Office officials apparently won’t even consider the many offers of assistance coming from locals wanting to help them out. I have heard from several people that said they approached the post office with an offer to step up and work one or two days a week doing the work that might help make that facility function more efficiently. Lord knows, the people working there are doing their absolute best to keep the mail going but the long line seen on a daily basis is physical evidence that something is wrong. And if people here are offering to step up and try to be part of a solution, it seems crazy that no one is even considering how to use those offers. People want to help on a volunteer or part-time paid basis to perhaps hand out packages and make all the other worker’s lives easier… and they are all being rebuffed.

I emailed my contact at the USPS, James Boxrud, and he was “impressed with the out of the box thinking.” I’d say it’s less out of the box and more “Crested Butte pick up the bootstraps to get something done to help fix a problem thinking.” But he patiently explained to me that the USPS does not allow volunteers. “It’s a job and the Fair Labor Standards Act requires compensation for all work performed. We are also very serious about the sanctity of the mail,” he said. “Employees go through a rigorous background check before being allowed to handle the mail.”

He didn’t really respond when I asked if qualified part-time workers would be considered but he did send the link to apply for a paid position (https://about.usps.com/careers/welcome.htm). So, I’d say don’t expect the daily line to go away any time soon.