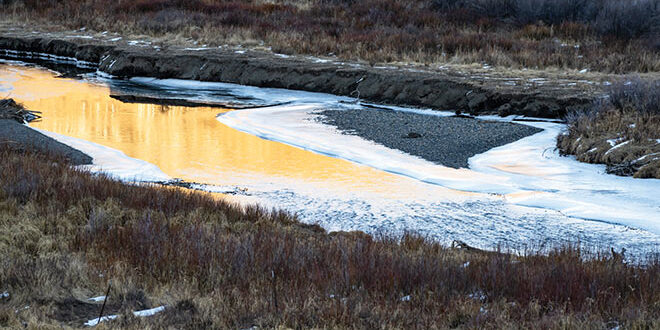 Cruising Elk on the way to work early this week I was surprised to see several Texas license plates trying to parallel park in the morning. I also saw a few leather and fur-wearing families with shopping bags taking selfies as well. What the?! It was the final Monday of the fall off-season for goodness sakes. Maybe Norton and the tourism folks “accidentally” TAPPed that ad about autumn leaves in November across social media and drew a few newbies looking for Instagram opportunities. God, they’re good…

“Why can’t they give us a few more days,” a friend passing me on a townie commented. It was warming up and while a smattering of snow still capped the surrounding peaks there is more pavement than snow showing at the moment. The deep early season dump of Alta did not strike here. But as we all know (and hope), that can change in an instant.

There was no obvious indication the Texas SUVers were here to ski so maybe they were responding to the Prosperity Partnership’s latest promotion to get people here — the ‘vacant buildings on Elk Ave’ tour. Led by one of the museum docents, people can gather at the old Conoco and take a tour of what used to be. They can guess how much beer remains in the tap lines at the Brick. Take a photo with the Leaning Tower of the Forest Queen. If you time it right, you might see a professional baseball team owner emerging from one his restaurants.

And because change has always been part of the town, the docents will relay that the same restaurant being pointed out to the Texans at Third and Elk is a place that once sold the world’s best cinnamon rolls, then a good cup of coffee, and then pretty good hot-and-sour soup and now a variety of really good gyros and rice bowls. The changes happening today are not unique…but I think we’d all prefer to see concrete change rather than a shift from actual gathering places to ghostly emptiness. Hopefully that will come…

So, despite the winter beauty of Paradise Divide, I must admit I was perplexed to see actual tourists here before the first chair was spinning. And maybe I shouldn’t have been. It isn’t like I don’t extol the beauty of off-seasons because they are wonderful – they are one of the sweet spots of living here. But I selfishly want people to have to earn the reward of off-season, not just pay for it. I guess if they are here looking for a hearty tourist experience, they are paying the price for trying to beat the crowds and probably feel ripped off. But it doesn’t have to be that way.

If the tourists I saw early this week were here with Nordic gear they might discover the quintessential postcard scene of Lily Lake. Lily Lake is having one of its best Novembers ever and now CB Nordic can comfortably run a Thanksgiving camp up there…because it is on-season.

If they brought their mountain bikes, Hartman’s and Signal Peak have been riding pretty good – and look to continue to do so with dry conditions and warm enough temps to enjoy the high mountain desert this coming weekend.

If interested in the universe, they would not be disappointed walking outside to see a pretty 4:45 sunset and then, after the 5:30 dusk turns to a 6 o’clock inky black sky, there is a celestial light show not experienced in places with more people that turn on more outside lights. The lack of a moon this week has made the Universe seem to exhale its millions of brilliant glittering stars between Jupiter and Mars that is hovering above us. The Milky Way is a smooth ribbon of dense, subtle light covering our quiet valley.

You can still take a walk in any of the nearby drainages and not worry about getting pummeled into a snowbank or sinking into the mud. While we had some early season snowstorms – that could be a backcountry issue later in the season — the close-in valleys are still super accessible to get away from it all. The roads aren’t even that sloppy anymore – it is late November hero dirt.

Word is Purple is skiing well and there is pond hockey at Peanut.

Even something as “urban” as driving back home at night is unique here this time of year. Heading home after the council meeting about 10:15 p.m. Monday night, I did not see a single car or person on the road. Not a single one. The lights coming from the neighborhood homes were golden and warm, the top of Whetstone white and cold. Postcard stuff.

And if they remained here more than a few days and went more than once into any of the few open drinking establishments, they would see familiar faces and actually become familiar faces. The off-season comradery would be extended to them by sharing a beer (they’d have to buy first) and learning about the wonderful weirdos who have made this place home. There is a unique warmth in that off-season experience as well, which can also be found at the myriad book clubs and discussion groups that pop up all the time.

So, if the people driving the Texas-plated SUVs stumbled into this place at the end of off-season by accident, they can hopefully understand they should count themselves fortunate. They experienced a piece of us. If those people I saw parallel parking Monday had their soul touched in the least by hanging out in the quiet time before the ski season starts, they’ll probably be back…and will have put a first down payment to have earned it. Because off-season experience is paid for through time, respect and engagement, not a credit card.

The on-season has started with the opening of the lifts Wednesday morning. And that too is okay. What’s not to enjoy with all that it brings? The changes will continue, and the mind now shifts to busyness. Given the Thursday holiday, I for one will say I am thankful for good off-seasons.