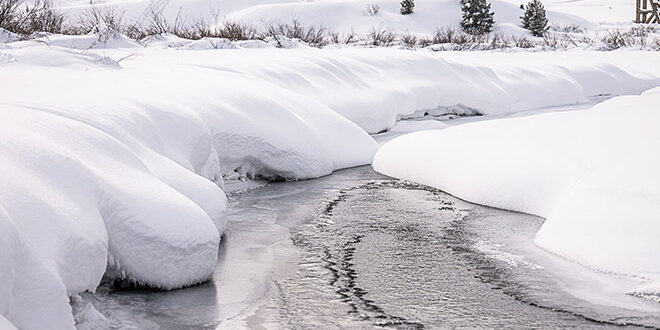 There hasn’t been a lot of sun in Crested Butte this January and more than one person is getting edgy over its absence. But what a great few weeks of skiing – especially as more and more of the Extremes get open. There is no shortage of fluff back in Phoenix and that is what we want. We are a ski town after all, and it certainly looks and feels like one with residents and visitors alike getting after the goods. Kudos to those at CBMR that have made it happen. And kudos to the towns and county for keeping the streets passable and the snowbanks manageable. They all prepared and made plans for a good snow winter and it is working out for the most part…

Now of course, being a ski town comes with other challenges and one of those consistent challenges is being addressed this week. The proposed Whetstone affordable housing project was discussed Tuesday at the Crested Butte town council meeting since the potential 231 units that will have about 430 bedrooms will be located two miles south of town and might end up using CB water and sewer services. That will not be cheap. Council generally felt it was worth continuing to see what it would take to get utilities from town to the site so more research will continue.

The county planning commission will be listening to public comments on the development Thursday. It is in the sketch plan phase, and everyone should remember that a sketch plan lays out the basics of what could be permitted. Number of units, transportation and utility infrastructure potential, a basic layout of the 14 acres all essentially get a thumbs up at this initial point of the plan. The details will be cemented in the preliminary and final plan phases and when a developer is chosen to make the sketch come to life. Frankly, the evolution could end up looking little like what is on paper today.

Sketch plan is a good time to bring up potential issues and that has happened with the proposed location of the development’s largest buildings being right next to the highway. While logically that could encourage more use of buses that stop on the highway or on the other side of a roundabout, there should be wiggle room to keep it a few more yards away from the constant traffic that would impact residents. Let’s not just follow planning points found in a textbook, but let’s always keep in mind the quality of life for people who will eventually live there.

While some public comments sent to the county have mentioned the number of people that could be located on the 14 acres as being too much, no one seems adamantly opposed to using that parcel for workforce housing. A priority of the planning commission and proponents should be to not try and cram as many workers as possible into a finite space, but the North Star so to speak, in my opinion, should be to provide a quality place for members of the community even if it means a few less people get to live there.

The eventual residents of Whetstone should have the space to live a comfortable life. They should have the opportunity to store their toys, whether that be kayaks, snowmobiles, bikes or 4-wheelers. Most will have a vehicle (welcome to America where an off-season road trip to Moab is not unheard of or where a dermatology appointment is scheduled for Montrose) so adequate parking (onsite or off) should be provided and not just wished away in a Utopian sustainability plan. Residents should be able to easily get to the grocery, the school and ski area. Ideally, there will be space for single people happy to work seasonal tourism positions and families that have graduated to year-round jobs and want to raise their kids here.

While more people than ever live full time in the North Valley, there is no doubt most of the new residents are not picking up shifts at Pitas or checking tickets as lift ops. There is a definite need to provide housing in and around Crested Butte for the people that make this place tick. That of course adds to the overall growth in the region, so there will always be more of a need for things like additional classrooms, plumbers, parks and rec programs, snowplow drivers and so on. It seems to me the CB councilmembers are being too timid at the moment in not bringing up (at least publicly) the direct ramifications on their infrastructure that comes with hundreds of more people (600-700 at full buildout) using their facilities. But they apparently feel comfortable about taking their time in voicing their concerns, if they have any.

As people of means flock to nice places and locations less impacted by climate extremes, Crested Butte will be a draw for those climate refugees. While no one “deserves” a house in Crested Butte, I believe Crested Butte is a better place with workers being able to live close to their jobs. A diversity of citizens is a positive for a ski resort community. That is where Whetstone comes in. It likely will not happen all at once but it generally seems to provide a good spot where, as the needs arise, it can be phased in to address issues as they come up. It can act as a pressure relief valve.

For the first time in a while, the phone forecast actually has several running days with a sun icon. The atmospheric river is apparently eddying out. And as good as the snow has been, seeing the sun is also a good thing in a ski town.

Thanks to good planning and a lot of work by those in charge of getting the Extremes open, the snow will stay good and safe in the steeps. While the snowbanks are getting taller, the streets are working and people are getting where they need to be. Good planning and good work matters. The same can be said for the local housing issue. Those in charge are doing the good work now and there will eventually be more places for workers to live up here.

Now is the time to make sure the developments are not simply overcrowded islands built to squeeze in more workers just to benefit businesses, but rather that they are good places for our neighbors to live and to thrive. That ultimately will benefit businesses, neighbors and a snowy ski resort community. 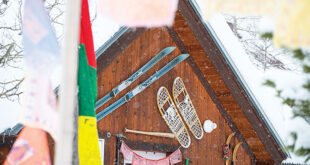