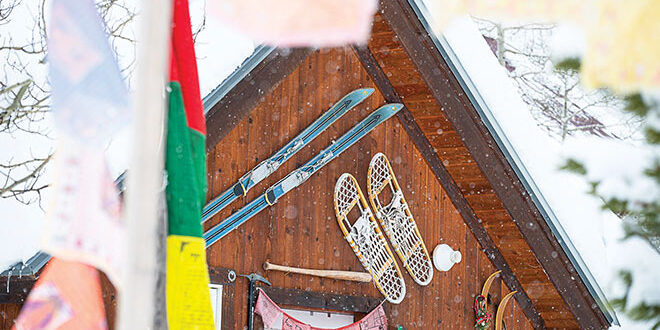 I have to say it’s not all bad to be a bit checked out of the national news during the holidays. It’s nice to get a break from the constant barrage of bare fisted fighting and vitriol. And so when it is time to check back in, I see the Republicans can’t help themselves and go all in to blow themselves up as they demonstrate how good they will be at running a government as they can’t even basically agree on who will be the CEO of the party and the US House.

It couldn’t happen to a nicer guy. Republican groveler Kevin McCarthy, who apparently can bend in more ways than an advanced yogi, was denied his desperate craving to be Speaker of the US House of Representatives — at least on the first three votes that took place on Tuesday that was supposed to be the celebratory first day of the new Congressional session. It was the first time in more than a century that sort of situation took place. As of Wednesday afternoon, McCarthy had failed another three times going 0-6 and then Republicans adjourned to the old smokey backroom to see if more deals could be cut in private amongst the GOPers.

Kevin’s failure came despite his already many agreements to slick deals with his rigid right wing party opponents over rules and future initiatives. But his fellow conservatives don’t appear to trust him. I wonder why. I can appreciate that McCarthy had the steel spine and called Donald during the January 6 riot saying Trump’s people were trying to kill him and then just a few days later suggested Donald should resign and then a few weeks after that Kev crawled into Mar-a-Lago to again suck up to Trump while kissing his ring and his butt. Nothing but core values with this guy. Shocking! Karma now coming home for him?

“I earned this job.” McCarthy told his fellow Republican congressional reps. Apparently not. It was reported that our congressional representative, Lauren Boebert, immediately, emphatically and literally called bullsh*t on the claim. While I can appreciate a good expletive (see last week’s editorial), I am less than impressed with our Mean Girls middle school rep who apparently believes she won her latest election in a landslide because of her extreme right-wing views. If she called Kev out because she disagreed with his definitive plan to stop the bleeding at the border or to fix the fentanyl problem, good. But she gave no real reason because there are no definitive plans. She apparently wants to one-up former Mean Girls friend Marjorie Taylor Greene for a committee chair.

Heck, even the Republican senate minority leader explained on Tuesday that there are times to work with the other side to actually accomplish things for the country. He touted the bipartisan infrastructure bill with the Democratic president this week. But there’s the rub — some people want to accomplish things and others want to increase their Twitter shares.

As Karl Hulse of the NYT wrote Tuesday evening: “The paralysis underscored the dilemma facing House Republicans: No matter the concessions made to some of those on the far right, they simply will not relent and join their colleagues even if it is for the greater good of their party, and perhaps the nation. They consider themselves conservative purists who cannot be placated unless all their demands are met — and maybe not even then. Their agenda is mostly to defund, disrupt and dismantle government, not to participate in it.”

While amusing now, these power plays could portend great drama for the entire country when serious issues arise in the future. While democracy is messy and I like some of the demands requiring more openness within the House, this situation looks and smells like a busy bar at 2 a.m. after closing.

Being a leader is more than showing up and kissing Donald’s butt while losing all principle to compromise away the values of himself and even the USA. McCarthy has agreed to a lot of the demands of the most extreme right of the Republican Party and while even that doesn’t seem to matter to the Boeberts of the world, that tells you where the House is headed. It really won’t be pretty as the far right holds the steering wheel to determine the direction of the House.

The Republicans can’t even make the first basic decision now that they are in charge…and maybe that is okay. It is certainly entertaining for this “secret Republican” but the long-term consequences for the country could be severe.