Free concerts at WSCU this week

Writing workshops continue for four more weeks at the Old Rock Library with writer and writing coach Alissa Johnson. This week, learn how to create vivid characters and next week dig into what it really means to show versus tell. Workshops start at 6:15 p.m. and are free. Call the library at 349-6535 to reserve your spot. Sponsored by Friends of the Library.

In an effort to bring together managers, conservationists, researchers, working-group members and other stakeholders affected by the “threatened” listing of the Gunnison sage grouse, Western State Colorado University’s environment and sustainability program will host the fourth annual Gunnison Sage Grouse Summit on Western’s campus March 9-11. This year’s summit, “Science, Management and Collaborative Conservation in a Post-Listing Era,” will focus on moving forward with locally informed conservation following the listing of the bird as “threatened” under the Endangered Species Act. Register for the conference by visiting www.western.edu/gsug.

SGM, a civil engineering, surveying, and consulting firm headquartered in Glenwood Springs, Colo., with six additional offices in Aspen, Gunnison, Grand Junction, Salida, Durango and Meeker, awards up to five scholarships in the amount of $1,000 each to assist aspiring civil engineers and surveyors in pursuit of their studies. The application deadline is Friday, April 1. Go to the SGM website at www.sgm-inc.com for scholarship details and application.

The Crested Butte Community School will hold this year’s kindergarten registration on Thursday, March 31 from 7:30 to 9:30 a.m. in the multi-purpose room. Parents are welcome to attend with or without their children. Parents are asked to bring a birth certificate for their child and their child’s immunization records. Additionally, Gunnison County Public Health will be present to provide information regarding current and future immunizations. To enroll in kindergarten for 2016-2017, a child must be five years old on or before September 30, 2016. Please call the CBCS office if you have any questions at (970) 641-7720. 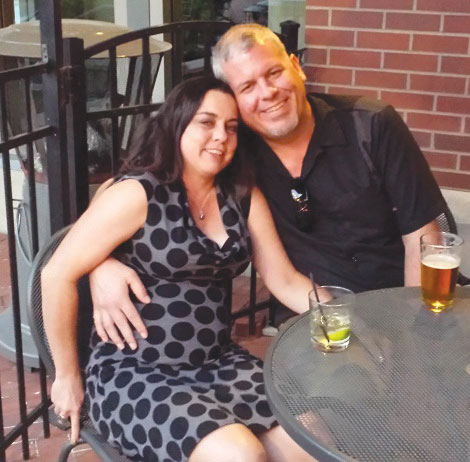 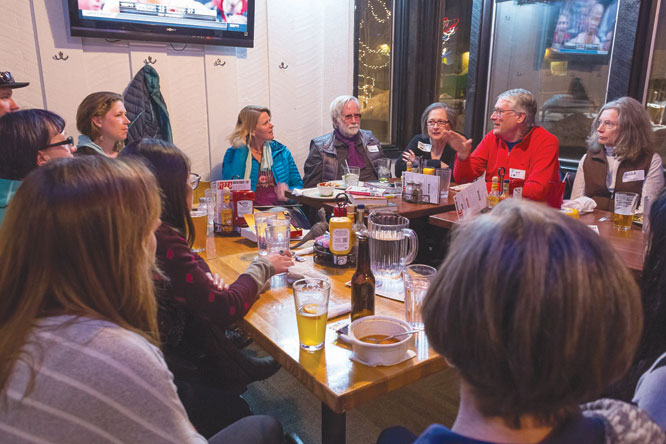 BOOKS-N-BARS:  Readers gathered at the Avalanche to discuss The 100-Year-Old-Man Who Climbed Out the Window and Disappeared on Wednesday, February 24.       photo by Lydia Stern 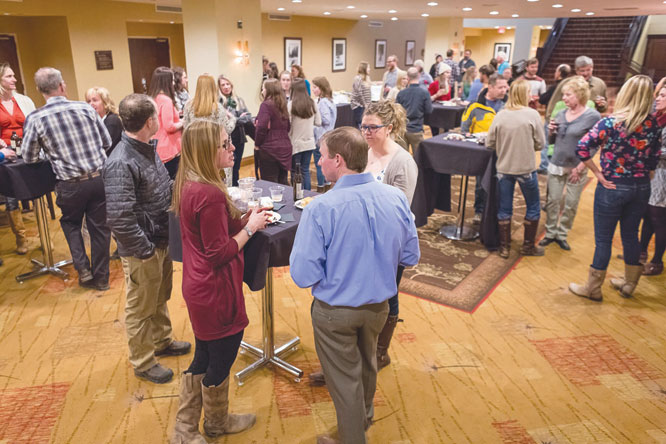 Whatever is rideable in the backcountry.

Enough that it’s sloppy and deep.

Depends on the flavor.

As slushy as it comes.