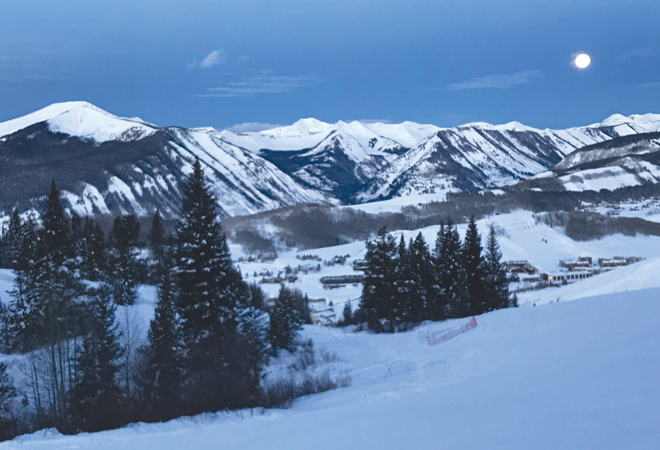 There will not be a request this November for county voters to raise their taxes to pay for affordable housing in the valley. That’s a good thing because it gives local officials an opportunity to answer hard questions and sift reality from perception.

Some recent anecdotal stories about housing:

A classified ad in last week’s Crested Butte News advertising a little alley house in town for $600 drew more than two dozen phone calls in two days. The place is small and has electric baseboard heat, so utility bills are not always cheap. Messages are still being left a week later. A reasonably priced, stand-alone place located in Crested Butte where a single person or couple could cuddle up is an obviously attractive affordable alternative for locals. How many such places will remain available into the future?

A two-bedroom condo in Crested Butte South advertised for $700 per bedroom drew about a half-dozen calls. People in that rental category had a few open choices in January so the condo sat empty for more than a month. A similar unit in the same complex is still empty until May. Talk about a housing crisis: An empty condo with a mortgage payment staring someone in the face. Is that a symptom of the season, the location, the rent or the crisis?

A funky home in town with little insulation and tight quarters houses several young workers. It is the stereotypical ski bum house in Crested Butte. It is crowded, cold and cheap. It has been purchased, with the new owners planning to tear it down and turn it into a nice Crested Butte home that meets code and will probably house a second homeowner or upper-middle-class family coming to the valley for the small-town vibe and schools. In the meantime, there aren’t many cold and cheap places left for the current renters to move into. Newer, more efficient units cost more money and so rents are higher to pay the mortgages. Is that a housing issue or a wage issue?

The Crested Butte Town Council has basically approved more than $300,000 in change orders for affordable housing units in the pipeline in the last month. Soil issues, firewalls and sprinkler requirements have added to the major cost increases. The price of “affordable” units keeps creeping up as a result. One side of the new deed-restricted duplexes that just went under contract did so at $275,000. Depending on income, a three-bedroom duplex in the Paradise Park project could run about $365,000. Maximum cost for a deed-restricted three-bedroom single family home in town is more than $430,000. I wonder how and why people pining to get a piece of this paradise are willing to spend such big bucks for a townhouse or home that is essentially prohibited from increasing in equity value. I suppose making the call that you are willing to stay in Crested Butte forever is a life choice but is it a choice that might be questioned when you can’t tap into the home’s equity for college costs or retirement? I hope it all works out. And it makes me realize how lucky I was to get here and buy in when I did.

As for the costs of sprinklers: Everyone agrees they are a tad safer than a two-hour firewall. Are they a quarter-million dollars safer? Maybe.

Let us not forget that sprinklers went off and displaced scores of local workers in the 2014 winter season at the Marcellina apartments in Mt. Crested Butte. That complex has had four sprinkler-related issues (one this week) that displaced locals since then. The Timbers, as it is known now, was okayed by the town last December to allow 12 of its 44 units to be occupied because of sprinkler accidents. On Tuesday of this week (believe it or not) another sprinkler issue sent those people packing when a construction guy nipped the sprinkler head in a wall, causing another big water leak. They were out less than a day but…

In the worst-case scenario, sprinklers are the best solution. In a normal-case scenario, they are an expensive safety net that has at times resulted in bad consequences. So is the expense of a sprinkler system a good thing or a bad thing for affordable housing?

I am glad that the Gunnison Valley Regional Housing Authority board has decided to postpone another attempt to ask voters to raise their taxes for affordable housing. They want to finalize a comprehensive plan. I hope they also take the time to answer other obvious but difficult questions:

How are the major employers in the valley—the ski area, the university, the hospital, for example—stepping up to house their own employees without public subsidies? Is the housing crisis a year-round crisis or is it focused on the summer and start of the ski season? Is it a rental crisis or a for-sale crisis? What’s the coordinated plan in our one valley for all these units being developed or is it each entity trying to address what they can? Is it important to build for the low-income $20K/year ski bum demographic or the middle-class family of four who makes $100,000 or the professional who wants to move here and can’t afford a million-dollar house but can pay for a $450,000 townhome? I know the needs assessment report of a few years ago attempted to answer some of these questions, but are those answers—which to me seemed a bit high—currently relevant?

With Crested Butte, Mt. Crested Butte, the city of Gunnison and Gunnison County all actively working to build deed-restricted units at the moment, how will this sudden influx of new housing stock impact the workforce housing market? There are literally hundreds of potential new deed-restricted units in the immediate pipeline and when completed that has to have an impact on supply and demand and the ability to fill all those units—right?

There seems a universal assumption by elected and government officials that every piece of affordable housing that is built will immediately have a line of willing renters and buyers outside every new door. Is that really true? In the last Crested Butte housing lottery there were 26 qualified applicants for seven properties. The next lottery is this summer and has 25 units available. Mt. Crested Butte has 22 units coming in. Brush Creek? Throw in the county and the city of Gunnison’s deed-restricted properties that are being worked on at Stallion Park, the Lazy K and Rock Creek and does that not raise anyone’s eyebrows besides mine? I’m not a big math guy — but do the math.

Is there an end to the amount of deed-restricted housing needed in the valley or do we keep building more as the July business need arises? Or do we replace the housing stock that is being eliminated at the moment, and say that’s it? What’s that number? If private developers include free-market houses as part of their project to pay for the low-income rentals or sales (as in the Corner at Brush Creek proposal), will the people who currently long-term-rent free-market units lower their prices as the market would certainly dictate, or would they join the short-term rental wave?

Affordable housing is a tricky topic and it always has been in the valley. With all this activity focused on the “crisis,” are the right units being developed in the right places?

Ideally, people of all income levels would be able to live near their work and not pay more than 25 percent of their income for housing. Ideally, the local workers could live in a town where services are abundant and the need for a car is minimal. Ideally, every business would have exactly the number of employees it needs in both July and April. Ideally, the ski bums, local families, single professionals, visitors and second homeowners figure out they need one another to be a balanced community with a tourist economy. Real communities have real people living in them. Getting to that balance, however, isn’t easy without first answering hard questions and looking at the realities and not just the perceptions.