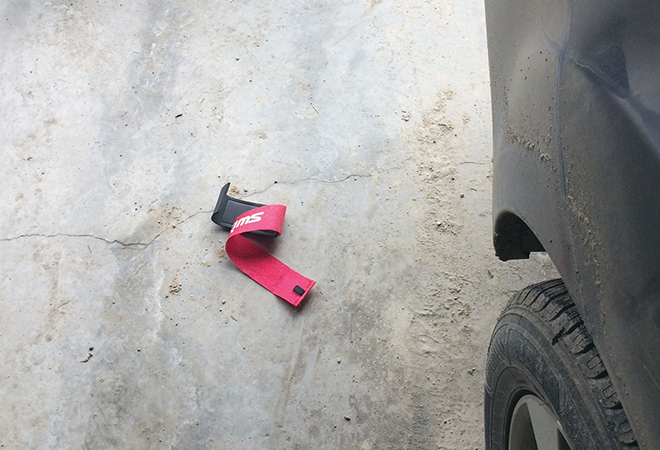 The current state of self-isolation and family quarantine has brought local houses down with disputes bordering on familial warfare.

“Look, I love my wife and my kids but it doesn’t mean I want to spend every minute of every hour of every day with them,” says area man Joe Kizanu. “Women are from Venus, men are from Mars and, as far as I am concerned, children are from Hades and it’s getting tense.”

While only nine days into the situation, things have devolved. Gone are the days of politely asking what’s for dinner and tacitly reminding each other whose turn it is to do the dishes. It’s now full on war, all day, every day.

“He’s always been a little messy and, at first, it was endearing,” says Alice Kizanu. “But being around it all of the time is straight up disgusting. Plus, I had no idea how many times he puts his hands down his pants. It’s insane. I just want to say, ‘Yep, it’s still there.”

If there’s one thing both Joe and Alice can agree on, it’s their kid.

“My God Ellis is a squirelly little guy,” says Alice. “He just cannot and will not sit still for one second.”

“And their curiosity?” adds Joe. “Again, it’s cute when driving to and from school but all… day… long?! Dad, dad, dad, dad, dad… dad, dad, do you think fish sleep in the winter? Christ, I don’t know. Google it.”

While personal quirks and pet peeves have been the majority of the issues thus far, things came to a head over an eight-day long stand-off over who was going to pick up a ski strap lying on the floor of the garage. No words were spoken, none needed. It was obvious this battle was well beyond words, well beyond reason. Rather, it was a passive aggressive war of attrition and neither side was giving in.

“Would it be so hard for her to pick it up?” asked Joe. “I mean she walks by it every day when she walks the dog.”

“I wish I could get these last two weeks of my life back,” said Ellis.