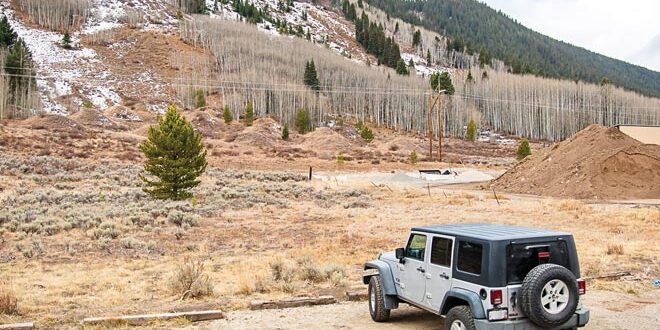 Solar could power most of town’s electric needs

The town of Crested Butte and the Gunnison County Electric Association are moving ahead with a potential solar farm south of town—locating a 1 mega-watt single-axis tracker system on the Avalanche Park property at the start of the Baxter Gulch trailhead.

In her report to the town council at the November 2 meeting, town manager Dara MacDonald said the GCEA had received six bids for the large-scale solar array at the site. The GCEA board voted unanimously to begin contract negotiations with Outshine Energy for the 1 MW system that would be expected to take up between four and five acres of the 71-acre property owned by the town. Most of that land is on a steep, avalanche-prone hillside.

MacDonald said the hope was to have the concept buttoned up before the end of 2020 because of the tax credit benefits to the company that would construct the solar farm. “The project would complete the goal of replacing the town’s electric metered needs with green energy,” she said.

GCEA chief executive officer Mike McBride said the staff is working with the solar company to solidify the bid and proposal. “There are a number of unknown costs that need to be determined in order to finalize their bid,” he explained. “We are working with the developer to nail down all of the costs by year’s-end. We are hopeful that once these costs are determined, the power cost from the solar project will be cost effective, but we need to determine if that is in fact the case.”

If the details can be nailed down, construction of the solar farm would commence in 2022, with the project expected to begin energy production in October 2022.

“The preliminary design covers about 4.5 acres. We anticipate a stand of trees remaining in place between the array and the highway, but the ability to retain those trees is an issue of their health that is independent of this project,” McBride said. “There will be numerous rows of panels oriented in a north/south line. Each row will rotate from east to west to track the sun and increase production. The life span of the solar array project is expected to be about 30 years.”

McBride said the location does have some winter issues—the name of the location is, after all, Avalanche Park. “The developer designed a layout to avoid the highest avalanche risk area, but there will still need to be some avalanche risk mitigation,” he explained.

McBride also made clear that there would probably be the need to sell the renewable attributes, or renewable energy credits (RECs), from the project to make it economically viable. He said community support through long-term commitments to purchase the RECs will likely be essential to bringing this project to fruition.

Citizen and former town council member Kent Cowherd expressed some concern with using the property for a solar farm instead of more affordable housing. “I see Avalanche Park as an opportunity for affordable housing and would like to present council with my idea,” he said at the November 2 meeting. “Setting aside four or five acres of that property for solar? Maybe it’s better to use half that. Two or three acres could go a long way for housing needs. Is this a done deal?”

MacDonald said a more comprehensive presentation on the proposed long-term lease proposal would come before the council before the end of the year. She said the council’s direction was to pursue a major solar project in the area if feasible.

“As for housing, I am not aware that property has ever been contemplated for such a proposal, given the possible avalanche danger on the site,” MacDonald explained. “The town considered a summer campground but backed off [due to the] expense. Avalanche mitigation would be expensive depending on whether you prepare for a 30-year avalanche event or a 100-year event but that is avalanche terrain and locating permanent housing there was not a consideration.”

Mayor Jim Schmidt said that when the solar farm details are brought to the council in November or December, the public would have an opportunity to weigh in on the proposal.