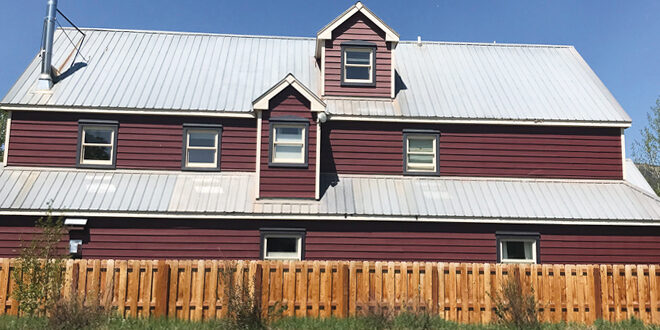 The Ruby has been purchased by the CB town council for affordable housing.

The Crested Butte town council on Monday engaged in a flurry of activity to address the affordable housing shortage in the valley. Over the course of the regular town council meeting the council spent millions of dollars, began the process of tweaking zoning regulations, declared an official “emergency” over the situation and indicated they aren’t finished taking action.

In an effort to address a missing piece in its affordable housing portfolio, the council announced they have put the former Ruby Bed and Breakfast building under contract for $2.3 million to potentially house seasonal or transitional workers. The deal is slated to close July 1. Council also agreed to move ahead with relocating a house slated for demolition to the Paradise Park neighborhood to be used as a rental home for a town employee and also officially declared the local housing situation a “local disaster emergency.”

That declaration should ultimately help get the former B & B up and running as a place for seasonal workers since a number of town regulations must be adjusted in order to move people in. Those include amending the rules inside the T-zone (Tourist-Zone) where the building is located to adjust the income limits on long-term affordable housing and reduce current parking minimums. Deed restricted housing at or below 80-percent AMI (Area Median Income) is allowed in the T-zone as a conditional use.  Staff recommended adjusting the qualifying AMI to make sure seasonal employees wouldn’t make too much money under current town rules to live in the Ruby.

The emergency declaration should speed that process.

“It is a lot of money,” said town manager Dara MacDonald as the discussion over the purchase began.

“It’s half the price of a fancy home in town,” noted town finance director Rob Zillioux who said the appraisal came in at the selling price.

MacDonald reminded the council that the town has been unable to fill the positions for six seasonal summer workers this year largely due to housing limitations. On top of that, she said that it is common knowledge that local businesses are having difficulty filling staffing positions for the same reason. “We see this as being an incentive for workers in the future,” she said.

According to a report to the council from Zillioux, the 3,300-square-foot building has six bedrooms, each with a private bathroom. One of the bedrooms is larger and considered a “suite.” The property includes generous common living areas, a large kitchen, an industrial washer and dryer, a manicured yard and storage area for skis and bikes. It comes fully furnished.

“It is located on Gothic Avenue in the T-zone so we need to work on some zoning issues to allow it,” Zillioux said. Under current T-zone regulation some deed-restricted housing can be permitted as a conditional use. With seven parking spaces, there is also not sufficient parking under town rules that require two parking space minimum per rental unit.

“Under the emergency declaration passed tonight we could authorize suspension of some parking provisions to get some people in there,” MacDonald said. The expectation is that the rooms could start to be rented by mid-July.

Staff is also seeking approval to change the regulations to allow adding public sector employee households, regardless of AMI, as a conditional use in the T-zone. Any permanent changes to zoning or parking regulations would be reviewed at public meetings by both BOZAR and the Town Council.

“Ideally this will be used for seasonal workers employed by the town,” emphasized Zillioux. “It might also be used for some transitional housing. We have some flexibility. The urgency now is to acquire this rare property for town’s affordable housing stock. We’re ready to go and it will come in at about $700 per square foot. Newer houses are going for more than $1,000 a square foot.”

MacDonald said staff is reviewing the leases used by Telluride for its boarding house accommodations as a template for Crested Butte leases in this property.

As for the emergency declaration, the idea is that the action will basically grant powers to suspend provisions of the town’s Municipal Code that might delay necessary action coping with the housing emergency. It could also allow the town to waive provisions for competitive bidding when dealing with housing, transfer town personnel and departments for the purpose of facilitating emergency services and make provisions for the availability and use of temporary emergency housing.

In a memo to council from community development director Troy Russ, he said the “emergency resolution allows the town to take more immediate actions to address this housing crisis.”

He said the housing crunch was happening in many places and given the history of places like Aspen, it is evident the town “can’t build its way out of this. People want to move here and the pandemic accelerated that. This declaration positions us for grants and the state and federal level and also increases awareness. We don’t see a negative to this. It is a way to get us to the front of the line in some cases.”

Meanwhile council agreed to continue moving ahead with relocating the “Haney House” from 20 Third Street to a town-owned lot in Paradise Park. An architectural review of the structure has estimated it will cost between $355,500 and $425,900 to relocate and improve the structure. The house is 1,317 square feet with three bedrooms and three bathrooms. Staff believes the project will come in well below the market cost of building a new home.

“It is a quirky house that is a better rental than a for-sale property,” said Russ. “Ideally we will get people in the relocated house by the end of the year with town employees being the priority.”

In the affordable housing realm, Ali Fuchs of Big Al’s Bicycle Heaven asked the town to consider creating a new category for land use titled “employee dwellings.” She plans to expand the building she owns on Elk Avenue and hopes to construct two one-bedroom apartments in conjunction with the construction. But she wants the town to change its code to require only one parking spot per apartment instead of the current minimum of two. That will take an amendment to the town zoning code as it applies to the B-1 and B-3 business districts.

“I think it will benefit my business, the town and the current housing situation,” she noted. “I hire between 10-15 employees when I can, but having housing will make it easier.”

Council agreed to the next step of having the Board of Zoning and Architectural Review (BOZAR) review the request which will then come back to council for approval. If that happens, Fuchs can make a formal application to BOZAR for the building expansion.

Staff reminded council that public meetings have been set up to gather public input on what sort of affordable housing should be constructed in the Slate River subdivision at the corner of Sixth and Butte. The location for deed-restricted housing was part of the agreement with the developers of the Aperture subdivision. The hope is to construct between 60-70 affordable housing units.

The “listening sessions” are scheduled for Tuesday, June 15 at 6 p.m. on Zoom or people can meet at the site on Thursday, June 17 at 6 p.m. to share ideas.

When new councilmember Jasmine Whelan asked if the town had considered buying the old Crested Butte Hostel for housing the staff said they knew it was on the market but couldn’t really say anything else about the property. “We can talk about that off-line,” suggested MacDonald.