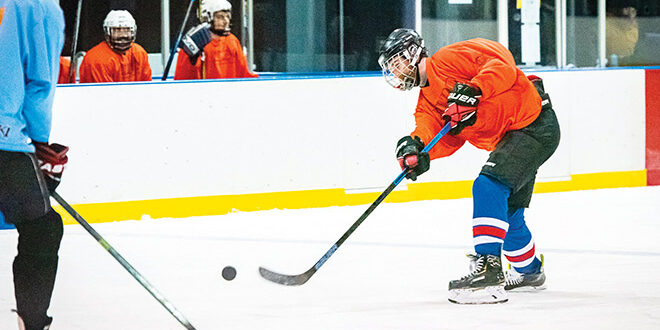 Thank OmiGod the town league hockey season is upon us and set to start on Monday, January 10. It’s been too long and I don’t know about any of you, but I can’t wait to sit outside in the cold and watch some hockey. Or, sort of outside as the rink is open air, but covered. Which, given the recent storm surge and the COVID surge, it’s the perfect venue for hockey.

One thing is for sure, Crested Butte town league hockey is omiawesome and Cody Aidala is the town league czar as he took over as the West Elk Hockey Association (WEHA) executive director last May when Wendy Buckhanan stepped down after doing a stellar job. Aidala looks forward to the upcoming season and hopes to continue to build on the success set in place by Buckhanan.

“I’m getting to know the hockey players and the community and just want to keep hockey thriving in the valley,” says Aidala. “Keep doing what WEHA has been doing and put my own little wrinkle on it.”

Aidala is set up for success his first year in charge as the numbers are looking stronger than previous years with 115 players registered to play, including seven goalies, to be divided among nine teams total.

“It’s the same amount of teams as last year but each team will have more players,” says Aidala. “One or two teams have goalies as captains and the others will float through the league and, hopefully, get a chance to play with every team.”

In addition, after years of struggling to find officials for Crested Butte town league hockey, Buckhanan managed to get four officials last season from the north end of the valley and Aidala has a similar situation when it comes to willing and able hockey officiating.

“We have plenty of refs,” says Aidala. “We have three in the north end of the valley and are looking good for sending people up valley to help out.”

The only potential snafu for Aidala is scorekeepers. Those seem to be in short supply, if at all, and you need someone keeping score or omianarchy could ensue. Scorekeepers get paid $18 per game and if you think you can help out, contact Aidala at wehockey@gmail.com.

The draft is set for this week and, due to the COVID surge, gone are the days of in-your-face haggling for players. Instead, the draft will be virtual as Aidala would hate to jeopardize the season before it even starts.

“We want to start the season off the right way, the safe way,” says Aidala.

As mentioned above, the season opens on Monday, January 10 at 6:45 p.m. at Big Mine Ice Arena. Games will be played Mondays, Wednesdays and Thursdays at 6:45 and 8:15 p.m. The regular season is slated to end March 3 with the single-elimination playoffs starting on March 7 and ending March 11.

“We’re playing with Mother Nature so we’re trying to get everything in,” says Aidala.

Furthermore, keep it cool out on the ice. Any abusive actions towards officials or other players will not be tolerated.

So the question now is, who’s going to win?

Last year came to a climactic finish as Clark’s Market, a team that spent years at the bottom of the standings, rose to the top and edged out perennial powerhouse Kochevar’s in the championship game 3-2. But anything can happen in the draft and the league could be turned on its head once again. Only one way to find out, come out to Big Mine Ice Arena three nights a week for some town league hockey action.

Speaking of patience and Clark’s Market, that parking lot is an omiclusterf**k so just embrace it, get your box of cereal, your milk and tortillas and get out of the way. 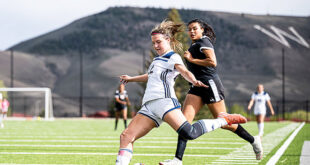 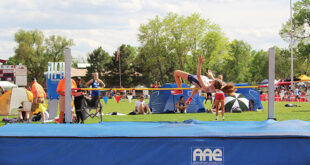 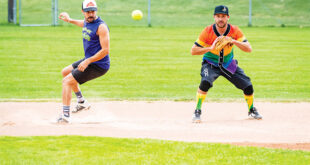 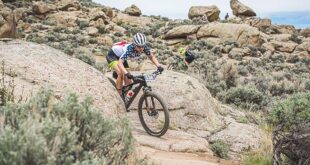